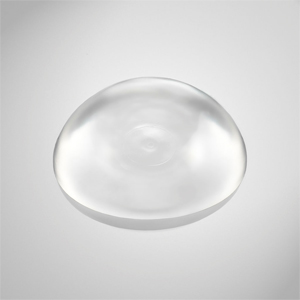 Breast implants have undergone an interesting and at times tumultous history. While they have brought improved self-esteem and restoration of a more normal body shape to tens of millions of women, they have also had their share of legal and regulatory issues. This is not surprising given the very large numbers of patient implanted and their greater public visibility than most other medical devices.

As it has now been 50 years since their first clinical use, it is interesting to review the most sentinel events of breast implants in the U.S.

The first breast implant patient,Timmie Jean Lindsey from Texas receives silicone breast implants. While she went in to get a breast tattoo removed, she had the happenstance to see a plastic surgeon who was developing the idea of a breast implant from his observations on the feel of blood in silicone bags used during blood transfusions. What started out in patient in 1962 has grown to over 300,000 women per year implanted by 2012.

The idea of breast augmentation by a medical device was first presented at the International Society of Plastic Surgeons in Washington D.C. by the Texas plastic surgeons who performed the first breast implants. No doubt there were many skeptics as plastic surgery consisted largely of reconstructive surgery at that time.

Saline breast implants were introduced. The use of water instead of a silicone liquid material was a logical substitution and offered the option of intraoperative fill and volume adjustment.

Second generation silicone gel breast implants with thinner shells were introduced. In an effort to decrease rupture rates, the use of thinner shells was developed that had better stretch and less risk of developing fracture lines. 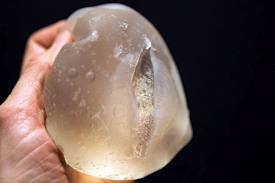 FDA bans use of silicone breast implants due to leakage issues. Preceded by years of early-generation implants leaking and the possibility of its association with auto-immune diseases and even cancer, silicone breast implants ceased to be available. Most companies selling them went bankrupt and were buried in litigation claims. Saline breast implants remained and become the only option for either silicone implant removal and replacement or elective breast augmentation.

Fat grafting is approved as an alternative to breast implants by the American Society of Plastic Surgeons. 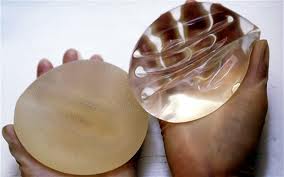 What is clear from this fifty year history is that, despite the ups and downs of breast implant their associated device issues, they have only continued to increase in popularity. It is also good news that there are so many options for women today in their choice of breast implants from the filler material, sizes and even in the shape of the devices. While fat grafting will never replace breast implants, its emergence has presented an additional option for an alternative for a select few women and as an adjunctive treatment for some breast implant problems.