The belly button (umbilicus) is the most visible anatomic landmark on the abdominal wall in women and men. While it is nothing more that a residual scar from the cut umbilical cord at birth, it carries a unique aesthetic value. Being without a belly button can make one look a  bit ‘alien’ as it is a unique human physical trait.

Despite having a belly button not everyone is happy with the way it looks. If it has a nice funnel shape (innie) centered between the hips, then one might never pay much attention to it. But many people have numerous disfigurements of their belly button from pregnancy, surgery, hernias or weight gain/loss. Belly buttons can be misshapen, off center, protruding or even completely missing. (or lost in surgical scar or an enveloping abdominal pannus)

When performing belly button repair (umbilicoplasty) it is important to know what its optimal position and shape should be. Numerous studies have been done studying what makes up the ideal belly button in terms of its position vertically and horizontally as well as its length and its shape. One such study was reported in July 2014 issue of the Aesthetic Surgery Journal entitled ‘Computer-Aided Analysis of the ‘Beautiful’ Umbilicus’.Using software developed for analyzing aesthetic parameters of the umbilicus, they found that the most beautiful belly buttons had a midline horizontal position, a vertical ratio of 46:54 (with respect to the xiphoid process and lower limit of the vulvar cleft), a midline horizontal position, a length that is 5% of the length from the xiphoid process to the lower limit of the vulvar cleft, and an oval shape with either no hooding or some superior hooding.

This study supports what has long been known about what makes an aesthetically attractive belly button. In short, it is small, taller than it is wide and has an overlying flap of skin. (hooding) An innie is far preferred over an outie. (although there are some people who have an outie and are fine with it) 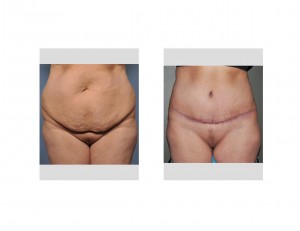