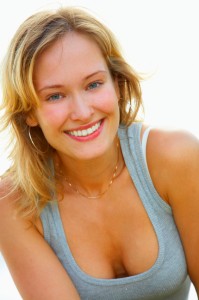 The 2012 annual statistics on the cosmetic procedures performed was recently published by the American Society of Plastic Surgeons. These numbers come from members of the society who are board-certified plastic surgeons and who voluntarily submitted their annual procedural numbers. Over 14 million surgical and non-surgical procedures were performed which represents a small increase (5%) over that of 2011. On balance, the number of cosmetic surgeries were down slightly (2%) but this was more than made up by an increase in non-surgical procedures. (6%) This is no surprise as the number of non-surgical procedures continues to climb as new options in topical,  injectable, laser, and numerous other energy therapies emerge.

The largest increases were seen in both surgical and non-surgical facial procedures. This is partially because the options for facial rejuvenation are far greater than that of the body. But it is also reflective of changes in society where people are in the work force longer, there is a desire to look better at any age, and the internet and other media is driving the ‘need for looking young’. Some might say that the increase in procedures is reflective of a stable and improving economy. Conversely, the employment and other social forces help drive the need for appearance improvement/maintenance regardless of the state of the economy.

But while such surgeries as blepharoplasty (eyelid lifts) and facelifts have increased, the big winner is the non-surgical procedures. More people are discovering the benefits of neurotoxins (Botox, Dysport) and the wide array of injectable fillers (e.g., Juvederm, Restylane) for their immediate and often dramatic facial benefits. Only a minority of people who partake of these injectables does not come back for at least one more treatment. The old standbys such as chemical peels and microdermabrasion remain steady and laser and light-based therapies (e.g., laser hair removal) continue to increase in popularity.

While men still make up a minority of cosmetic patients, one surgical area of increase is that in the treatment for gynecomastia. With an increase of over 5% from last year, this is one of the fastest increasing body contouring procedures in either men or women. My guess is that much of this is not the historic adolescent type of gynecomastia but is that now seen in middle-aged and older men with smaller areolar protrusions and sagging chests.

The annual statistical numbers in plastic surgery in some ways provides an overview or state-of-the-art assessment in what is transpiring in the field. From a pure procedural standpoint, the cosmetic surgery business is stable. But within the numbers, non-surgical treatments are the only real movers precisely becasue they aren’t surgery….easier to do, cost less, have minimal recovery and involve less risk.