The term ’facelift’ is a well known plastic surgery procedure and it signifies different meanings to different people. It is, in fact, a generic term in which many different surgical techniques are done to accomplish a facial rejuvenation effect. In essence all facelifts are not created equal…in how they are done, what their complications are, and what their aesthetic outcomes may be. 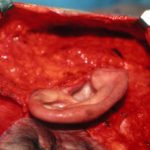 While there are many nuanced techniques for facelift surgery, the most distinguishing one is in how the SMAS layer is managed. The benefits of using the SMAS layer to increase the aesthetic benefits of facelift surgery as well as its duration of effect are well known. But different SMAS manipulation technique exists largely differentiated by whether a SMAS flap is raised  or whether it is more superficially imbricated or folded into itself.

In the September issue of the Aesthetic Surgery Journal an article was published entitled ‘A Meta-Analysis of Complication Rates Among Different SMAS Facelift Techniques’. In this paper the authors looked at published studies that described SMAS facelifting methods which included plication, imbrication, flap elevation,  deep plane and composite techniques and their associated complications.

A total of over 180 studies were reviewed. The risk of facial nerve injury was highest in high lateral SMAS and composite techniques. (less than 2%) Risk of permanent nerve injury, however, did not differ amongst any of the techniques. Higher rates of hematoma were reported with the deep plane and SMAS imbrication. Skin necrosis occurrence was highest in the SMAS flap papers.

It is generally believed amongst plastic surgeons that SMAS flap dissection techniques have higher complications rates that those that use a more superficial technique particularly in regards to facial nerve injury. This is understandable given that the buccal branches of the facial nerve are often seen in SMAS flap elevations. But the reviewed studies did not support that belief.

There are differences in complication rates that occur amongst various facelift SMAS techniques. But they are not significant enough to justify choosing an operative technique based on a lower complication risk vs the quality if the aesthetic result.