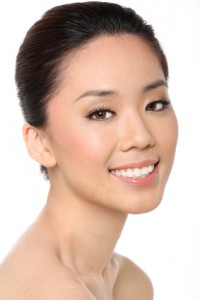 Reflecting different facial characteristics from distant parts of the world is the difference between Eastern Asian and Caucasian facial bone structures. Prominent cheekbones and a strong jaw angle are common Asian features that are often asked to be reduced as they create a face that is perceived to be wide, square and relatively flat. In the Western world, however, these facial features are highly valued and requests for aesthetic augmentation of the cheeks and jaw angles are common.

Surgical reduction of the cheek and jawline can be done by employing craniofacial bone contouring techniques. But there are limitations as to how much bone reduction can be obtained and the facial changes that will result. Not every Asian face can be made more round, oval or more narrow in width. The thickness of the overlying soft tissues will affect how much reduction of the bone on the outside is seen. In addition it is important for the surgeon to realize that Asians seeking bone contouring surgery are not trying to achieve a Western look but a better shaped face that preserves their ethnicity. 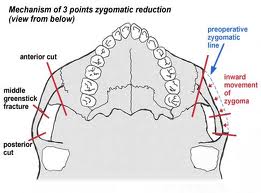 Cheek bone reduction surgery has evolved over the years. Initially simple burring was done on the anterolateral face of the cheekbone through an intraoral approach. This is not only largely ineffective but also can lead to soft tissue sagging from complete periosteal detachment. It is now recognized that an infracture of the zygomatic arch is the only effective method of facial width reduction. (the arch is the culprit not the cheek bone prominence per se) While this can be done very effectively from above under direct vision through a coronal scalp incision, that is a more invasive approach than is necessary. The zygomatic arch can be repositioned by performing a bone cut at the attachment of the front part of the arch to the cheekbone body (zygoma) as well as a second bone cut at the back end of the arch where it attaches to the temporal bone. This moves the convex arch inward, reducing facial width by about 4 to 6mm per side.

Some Asian faces are wider in the upper face not because of the zygomatic arch convexity alone. The width of the temporal area above (bitemporal width) may also be significant and even when zygomatic narrowing is done the results do not make much of a facial change. Bitemporal facial width, contrary to popular perception, is not due to bone but the thickness of the temporalis muscle.  The temporal bone is a very concave bone whose thickness has little influence on the facial width at the side of the eye into the hair-bearing temporal scalp region. This muscle can be reduced by either Botox injections or temporal muscle release and resection through a vertical scalp incision.

Asian faces often have a wider lower face due to a large flare to the jaw angle and thick overlying masseter muscles. To get the best narrowing effect, both muscle and bone must be treated. Resection of the masseter muscle is not a good option and any consideration of that has now been replaced by Botox injections. This requires a series of Botox injections done over a year to produce a sustained muscle shrinking effect.

Contouring of the prominent jaw angle is done from an intraoral approach using several techniques. The traditional approach of a complete amputation of the angle, while , effective, often leaves a high and ill-defined bone shape that may also cause loss of soft tissue support and the development of jowls. The goal is jaw angle narrowing not necessarily jaw angle removal. Burring of the prominent angle, saw reduction in the sagittal plane or an outer cortical bone removal are all better reduction techniques that amputation. Narrowing of the jawline in front of the jaw angle towards the chin can also be done and may be necessary to really show the effects of any jaw angle (bigonial) reduction.

It is very valuable before doing either cheek or jaw angle reduction that presurgical x-rays are obtained. At the minimum panorex and submental digital x-rays are needed. But the drop in cost of 3D facial CT scans and the easy accessibility of them at any outpatient CT center makes their use preferred.

Whether reducing the Asian jaw angle/jawline or the cheek width, it is important to look at how one affects the other. Reduction of a prominent jaw angle can make the cheek prominence look wider and vice versa. This is somewhat similar to the relationship between the nose and the chin. This is why the best Asian facial narrowing effect comes from simultaneous reduction of both cheek and jaw angles in many patients.