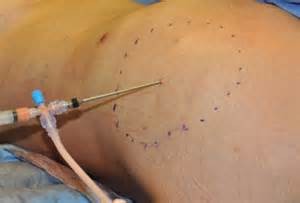 Buttock enlargement by fat injections (aka the Brazilian Butt Lift) is the most popular method for this procedure. The dual benefit of the body contouring effect from the liposuction harvest to obtain the fat needed for injection is one of its most appealing attributes besides its non-implant method. But it is not a complication free procedure and there are risks of infection, fat necrosis and oil cysts as well as the uncertainty of how much of the far will actually take.

Death from buttock injections is most commonly associated with the injection of silicone oil and other unapproved materials. Intravascular injection of the materials with pulmonary emboli is the usual identified cause of the fatal outcome. But such adverse events with fat injections from BBL is far more rare.

In the July 2015 issue of the journal Plastic and Reconstructive Surgery the paper entitled ‘Deaths Caused by Gluteal Lipoinjection : What Are We Doing Wrong?’ In this paper from South America the authors polled Mexican and Coliumbian plastic surgeons for deaths from fat injection buttock augmentation. Between these two countries a total of 64 deaths were reported from liposuction with 13 specific deaths related to buttock fat injections. All deaths occurred wither during surgery or within the first 24 hours after surgery. Autopsy results from some of the patients showed very evident fat pieces/particles in the lungs. The authors conclude that injecting fat into the deep muscle planes of the gluteal muscles was the source of the fat emboli and its subsequent morbidity. 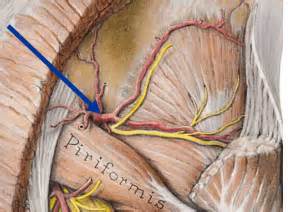 The goal of injecting fat into the buttocks is to achieve maximum fat survival. One of the techniques to help achieve that end is to place some of the injected at into the muscles. The greater number of blood vessels in the buttock muscles compared to that of the subcutaneous fat is believed to result in improved fat survival. However deep in the gluteal muscles are the subpiriformis and supraprirformis channels were larger blood vessels exist.

What this paper alerts plastic surgeons to is that, while injecting fat into the buttocks can be beneficial for fat survival, it should be done only in the superficial part of the gluteus muscle just after piercing its fascia lining. Deep fat injections runs the risk of inadvertently piercing the large gluteal vessels with risk of lethal fat embolism..