Avoiding the A Frame Deformity in Subnasal Lip Lifts 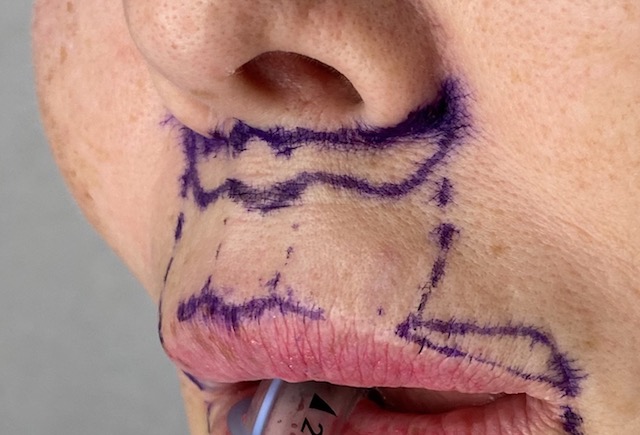 The subnasal lip lift is the most common surgical lip enhancement procedure. By removing a certain amount of skin from the crease under the nose the vertical distance between the nose and the upper lip is decreased and the cupid’s bow vermilion is increased in size. These effects are accomplished by the placement of the resultant scar in the ‘hidden’ crease along the base of the nose.

But like all procedures there can be aesthetic tradeoffs that can be avoidable. The most recognized deformity from the subnasasl lip lift is the A frame look. This is when an upper lip vermilion disproportion occurs where the central lip is much fuller than the sides. This can occur in the patient who has a naturally thinner vermilion fullness at the sides of the upper lip. Thus when the central lip vermilion becomes fuller, which is where the subnasal lip lift exerts its greatest effect, and the lateral vermilion size remains the same  the lip then becomes more ‘A-shaped’.

Another version of the A frame deformity from a a lip lift is the mouth corner drop deformity. This is where the mouth corners, which were already downturned initially, appear more so after the lip lift procedure. This occurs because the subnasal lip lift can not effectively lift the mouth corners which are far away from the vertical pull of the lift. 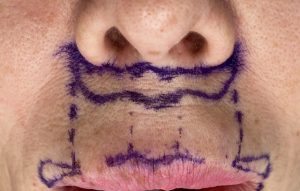 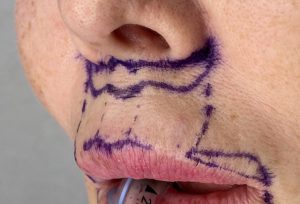 Both types of subnassal lip lift deformities can be avoided by preoperative recognition of the limitations of the subnasal lip lift procedure and combining it with another procedure that can effectively treat the sides and corner of the upper lip. The lateral vermilion advancement directly raises the thinner vermilion at the sides of the upper lip as well as that of the mouth corner if needed. The extension of the lateral vermilion excision only needs to extent no further than a vertical line dropped down from the other edge of he nostril..as this is where the effect of the subnasal lip lift subsides. 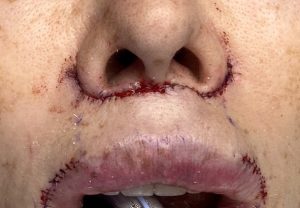 The aesthetic tradeoff of the lateral vermilion advancement is the fine line scar along the vermilion-cutaneous junction. But this usually heals very well if technically done well and stays away from the cupid’s bow region which is more aesthetically visible.

The shape of the upper lip vermilion is just as important as how big/full the lip is. The prominent Cupid’s bow of the upper lip is the focus and is what draws the eye to the lips. While the sides of the upper lip are not naturally as full as that of the central upper lip, it can look peculiar if there is a substantial mismatch in the exposed vertical height of the vermilion. The stronger central pull of the subnasal lip lift risks a vermilion disproportion in the patient who has an upper lip vermilion that disappears before it reaches the mouth corner. Recognizing the at risk patient allows for the proper strategy to avoid the A frame look and exaggerated downturned mouth corners deformities.