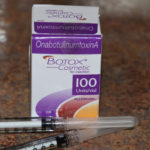 One area that has been looked at in the past and continue to be evaluated is in the treatment/prevention of adverse scarring Remembering that Botox’s mechanism of action is muscle relaxation, the theory is that the prevention of muscle pulling in the early phases of scar healing may lessen scar widening. This certainly makes sense on the face where the appearance of scars is well known to be affected by the RSTL (relaxed skin tension lines) of its facial location.

In the March 2018 issue of the journal Plastic and Reconstructive Surgery an article on this very subject was published entitled ‘Effects of Botulinum Toxin in Improving Facial Surgical Scars: A Prospective, Split-Scar, Double-Blind, Randomized Controlled Trial’. In this paper the authors studied sixteen (16) who had facial reconstructive surgery for excision of various pathologies. At theme of surgical closure the scars were injected with either Botox or saline with dosing at 10 units per cm of scar and at a 5mm distance on each side of the closure line. At six months after the surgery the scars were assessed by measured width and a visual analogue scale. In the fourteen patients who completed the study, more narrow scars that had better appearances occurred in the Botox-treated group. 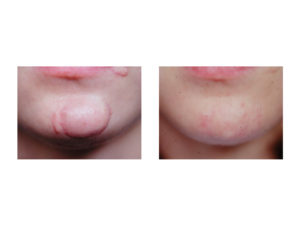 Tension on a healing incision is well known to play a major role in how well the resultant scar will appear. In theory weakening the action of muscles of facial expression around a healing scar could decrease movement and stress on the scar line. The very limited sample size of this study does demonstrate an improved scar appearance in the Botox-treated scars. Besides the relief of tension, Botox has also been experimentally shown to inhibit the expression of TGF-beta 1, a known component of hypertrophic scars as well as having a direct inhibitor effect on fibroblasts. All of these factors together make a case for the potential positive effects of Botox on improving scar appearance.

There are many variables that create a scar’s ultimate appearance and this one limited study does not make an unequivocal case that Botox will improve every facial scar. But given its very few side effects of any significance, facial excision sites and scar revisions that are at high risk can be injected with Botox as one treatment strategy that does not involve patient compliance or after surgery physician treatment time.