Background: One of the very unique aesthetic features of the chin are dimples and clefts. While often perceived as being similar, they are not. Chin dimples are central circular indentations in the central mound of the chin pad. A chin cleft is a vertical groove located more along the inferior chin pad and crosses along the edge of the bone. Both can have variable depths and degrees of prominence. Both involve soft tissue defects that go through the mentalis muscle beneath it. 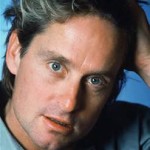 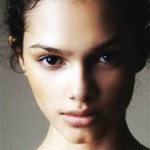 Chin clefts are well recognized and famous men and women are known to have them. Chin clefts are far more common in men although they can occur in women as well. Often perceived as being a masculine trait, the vertical chin cleft creates a very recognizeable feature of the lower face.

These variously shaped indentations in the chin are both revered and despised. Some people like them who do not have them while others who have them do not like them. There are surgeries of variable effectiveness that can both create and reduce their appearance. Chin cleft creation surgery does exist and the most well known celebrity who is known to have it done in recent times is the singer and entertainer Michael Jackson.

Case Study: This 45 year old male desired a vertical chin cleft to be placed down the central lower end of his chin. He was aware that there would be a trade-off of a vertical scar in the center of it. 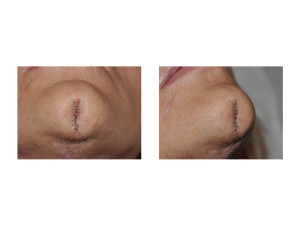 Under local anesthesia  a chin cleft creation surgery was done. A near full thickness wedge of soft tissue (skin, fat, muscle) was removed along the length of the desired chin cleft. Deep sutures were placed to sew down the skin edges to the periosteum of the bone. This created an initial skin edge puckering effect which will go away as it heals. 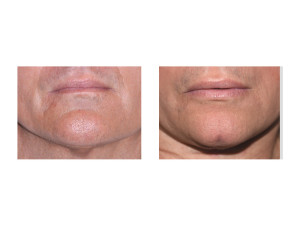 His 6 month results show a visible vertical chin cleft of medium depth. The skin scar was virtually undetectable in the center of the chin cleft

Chin cleft creation surgery (chin cleftoplasty) is a simple procedure that can be done under local anesthesia in the office as an isolated operation. It can also be safely combined with all other forms of chin reshaping surgeries.

1) A chin cleft is a vertical midline indentation in the lower chin that has variable depths and lengths.

2) The best method for chin cleft creation surgery is an external approach removing a full thickness wedge of tissue.

3) External chin cleft creation surgery usually results in an acceptable scar that can be hard to detect in the depth of the cleft.