« The Phases of Breast Augmentation Recovery
Case Study: The Simplicity Of The Direct Necklift In Older Men »

The interest in cosmetic plastic surgery worldwide is reflected in the increasing numbers of people who have undergone such changes over the past decade. This is not just a U.S. phenomenon but is seen in many countries ranging from Brazil to Estonia.  People are interested in looking and feeling better in record numbers. There is a lot of reasons why this is occurring from advancements in surgical techniques and materials to the internet and marketing. 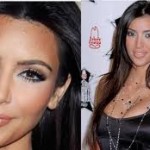 There is no single reason that explains the rise in cosmetic surgery but one can not exclude the power of celebrity and star influence. Just as you read about them in the supermarket checkout counter or on innumerable internet websites, how the many stars and entertainers look and what they do commands a lot of attention. Their influence is undoubtably greatest on the young, who are the most impressionable. But many are known to those much older even if by comparison they don’t want to look like them.

In the November issue of the Journal of Adolescent Health, a study was published on ‘Adolescents, Celebrity Worship and Cosmetic Surgery’. The purpose of the reported study was to determine if young adults who admired celebrities was a predictor of whether cosmetic surgery was done later. Over 130 adults filled out questionnaires which measured their attitudes towards a celebrity that they admired and their attitude and experience to cosmetic surgery. Eight months later, they were then asked whether they had undergone cosmetic surgery. The investigators found that intense personal admiration for the body shape of celebrity was a strong predictor of future cosmetic surgery being done.

To a plastic surgeon today, this study is no surprise. In the eighteen to thirty-five year old age group, it is extremely common for a prospective patient to ask if they get the shape of a body part of a certain celebrity. Or they may use a picture or advertisement of a celebrity or model to show what they would like. Some of the most typical examples are the lips of Angelina Jolie, the buttocks of Kim Kardashian, the nose of Jennifer Aniston or the breasts of Halle Berry. Conversely, celebrities can serve as the antithesis of what a young adult wants such as the nose of Michael Jackson, the lips of Melanie Griffith, or the breasts of Heidi Montag.

While one may disagree with such attention to highly visible and well known people, their influence is undeniable. This is nothing new and has always been this way. It is only extremely evident today because of the internet and the instantaneous access to endless venues that choose to highlight them. Perhaps the coverage of poor or undesired cosmetic surgery outcomes will also serve to educate that these procedures have real risk of complications and are not as simple as airbrushing or Photoshopping one’s desired result.