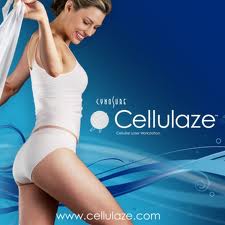 Cellulite remains the cosmetic bain of many women even those who otherwise have good size to their thighs and buttocks. While the anatomy of cellulite is well understood, why it is there and what causes it is not. Even worse is that a truly effective treatment for it remains elusive. The sheer fact that dozens of cellulite therapies have been proposed over the past several decades illustrates that none of the them work very well.

Surgical solutions for cellulite have been tried including liposuction and an instrument technique known as pickling. While initially effective, cellulite was seen to return once all the swelling went away and the tissues retracted. But an effective surgical solution appears to now be available as the FDA has just cleared a laser system from Cynosure called Cellulaze.

Cellulaze is a surgical procedure that is a spin-off of the popular Smartlipo procedure. Using a fiberoptic cable inserted under the skin, laser energy of different wavelength is delivered in a 360 fashion radiating out from the probe to melt fat, stimulate skin thickening and release vertical fascial bands. This causes the reduction in the dimpling effect that is a well recognized appearance of cellulite. These are the three components of the anatomic make-up of cellulite which would explain its effectiveness. After one treatment, results are said to be visible within a few weeks and continues to build over the next several months.

According to the clinical results published in the Aesthetic Surgery Journal in 2011 (and presumably part of the data submitted to the FDA for evaluation and approval), Cellulaze treatments can increase the thickness of the skin by 25% and the elasticity of the skin by 29% at one year after treatment. Most pertinently, a single treatment creates a noticeable improvement in the appearance of cellulite at one year after treatment. The majority of patients in the study (93%) were satisfied or very satisfied with their treatment results and would recommend the treatment to their friends.

The relevance of this new cellulite laser treatment is that it has significant and lasting benefits without the need for maintenance sessions. That is a major advance over previous surgical efforts for cellulite