Cheek Augmentation and Facial Attractiveness in Men and Women

It is well known that one of the major contributors towards the perception of an attractive face, albeit a man or a woman, is the proportion of certain features. Known as indicators of facial beauty, disproportionate and asymmetric features are the main reasons many patients seek plastic surgery procedures. One can debate endlessly why this is so, but we are fundamentally driven to an attractive face from an innate drive of evolution and the desire to procreate. Attractiveness is desireable because it is perceived, right or wrong, to be associated with better genes.

But what are some of these features and can they really be changed by plastic surgery? For women it is bigger eyes, a rounder forehead, a smaller nose, well defined cheeks, larger lips and a chin that is not too prominent. For men, slightly prominent brows, a nose with a high dorsal line, well-defined cheeks, and a strong chin and jaw angles are associated with more masculinity. Short of the size of the eyes, all of these facial features can be modified by differing plastic surgery techniques.

The one desireable facial feature that both men and women share is the value of high and well-defined cheek bones. It is probably the only facial feature whose size and prominence is considered attractive for both sexes. It is also the one facial feature that I never receive requests to be reduced. (short of Asian patients and this more about the zygomatic arch width not anterior cheek projection) Few patients, if any, really want smaller cheeks. 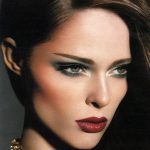 What is it about high cheekbones that makes them some desireable? Many say that they feminize a face. If high cheek bones contribute to greater femininity, then why would it be attractive on men? The caveat is that it is only an aesthetically desireable facial feature in a man when it coexists with a stronger jawline as well. Strong cheekbones on a man with a small jaw or chin does not make for an attractive face. It is the angularity of the three defining points of a male face, the cheeks, chin and jaw angles, that makes for its aesthetic desireability. Such well-defined facial skeletal highlights equates with a strong and virile personal character. (and maybe the chance to pass along some good genes) 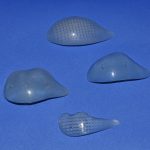 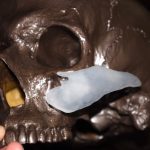 The benefits of cheek augmentation in either a man or a woman must take into consideration these aesthetic and gender differences. While cheek enhancement can be done with injectable fillers, I am reserving my comments here to the insertion of implants. Injectable fillers are largely a good trial method to determine the merits of proceeding to a permanent cheek augmentation in my opinion. Cheek implants in women should be softer and more round to provide volume but they usually don’t need to be angular or cross onto the zygomatic arch or encroach upon the lateral orbital rim area…unless that is what the patient wants. In these cases standard cheek implants will usually suffice. But when more a more model cheek augmentation looks desired, a custom implant approach is needed. 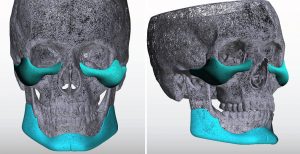 Conversely, cheek implants in men often need to be more angular and add more height. They are beneficial to help balance out a strong jawline and are often done in conjunction with chin and jaw angle augmentation.

The cheeks can contribute significantly to one’s facial attractiveness. But it needs to be considered within the context of the whole face. The balance of one’s facial features is what makes for gender-specific facial beauty.