Chondrolaryngoplasty (Tracheal Shave) and the Risk of Postoperative Dysphagia 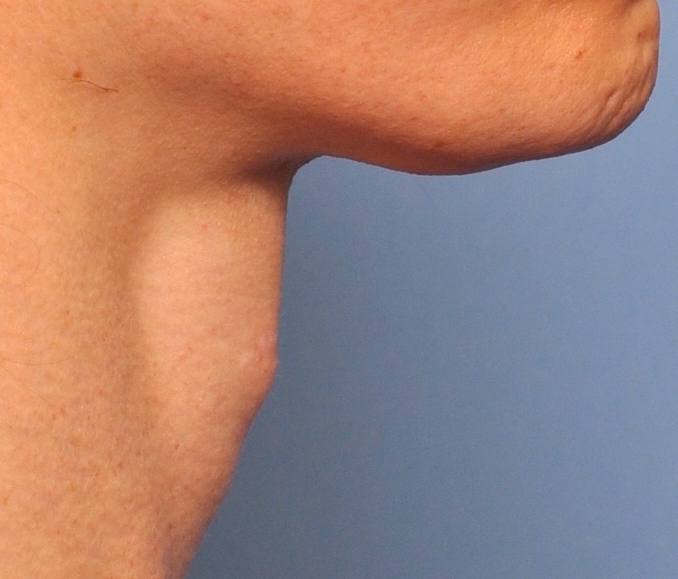 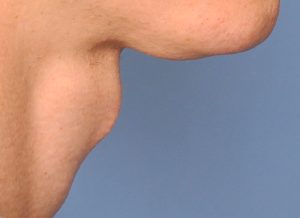 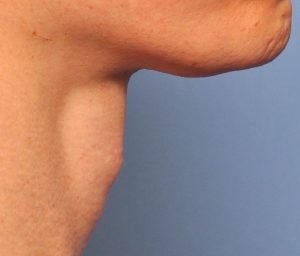 Reduction of a prominent trachea in the transfeminine patient is a common part of many facial feminization surgeries. It is the smallest of all FFS surgeries but is still of great value to many patients. Usually done directly through a transcutaneous approach the most prominent anterior part of the paired thyroid cartilages are shaved down. The greatest concern is to adversely affect the vocal ligaments resulting in voice changes. Fortunately this occurrence is fairly rare. Other potential side effects such as swallowing changes have not been studied to date.

In the Ahead of Print November 2021 issue of the journal of Facial Plastic Surgery & Aesthetic Medicine an article was published on this topic entitled ‘Dysphagia After Gender Affirming Chondrolaryngoplasty (Tracheal Shave): A Survey Study.’  In this paper the authors reviewed over 400 patients who had a tracheal shave procedure over a ten year period. In their technique the attachment of the vocal ligament to the thyroid cartilage was visualized and the cartilage removed a few millimeters above it. A postoperative survey was subsequently conducted.

A large percentage of the treated patients responded. (88%) The average age of the transfeminine patients treated was 35 years of age with an average time of almost four years between the surgery and the survey. A large majority of the patients (94%) reported no swallowing problems. Of the five that had dysphagia all reported it as mild and two felt it was directly related to the surgery. 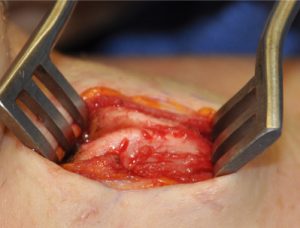 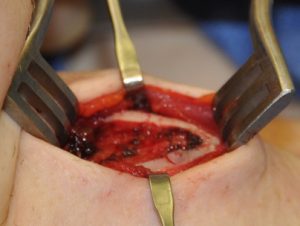 While the vocal safety of tracheal shave surgery has been studied and shown to be safe, any adverse effects on swallowing has not been studied. Patients are known to potentially have temporary hoareness of their throat and even some slight difficulty with swallowing.But these symptoms, if present, usually resolve with days or weeks after the surgery. As the thyroid cartilage is attached to the trachea, it will move upward when swallowing. Potentially the tracheal shave could dislodge or weaken the support of the two halves of the thyroid cartilage, limiting its upward movement during swallowing and creating an adverse swallowing sensation. Fortunately this risk appears to be small as this substantial patient study demonstrates.