Clavicle Reduction Osteotomies in Shoulder Narrowing Surgery – What Lies Underneath? 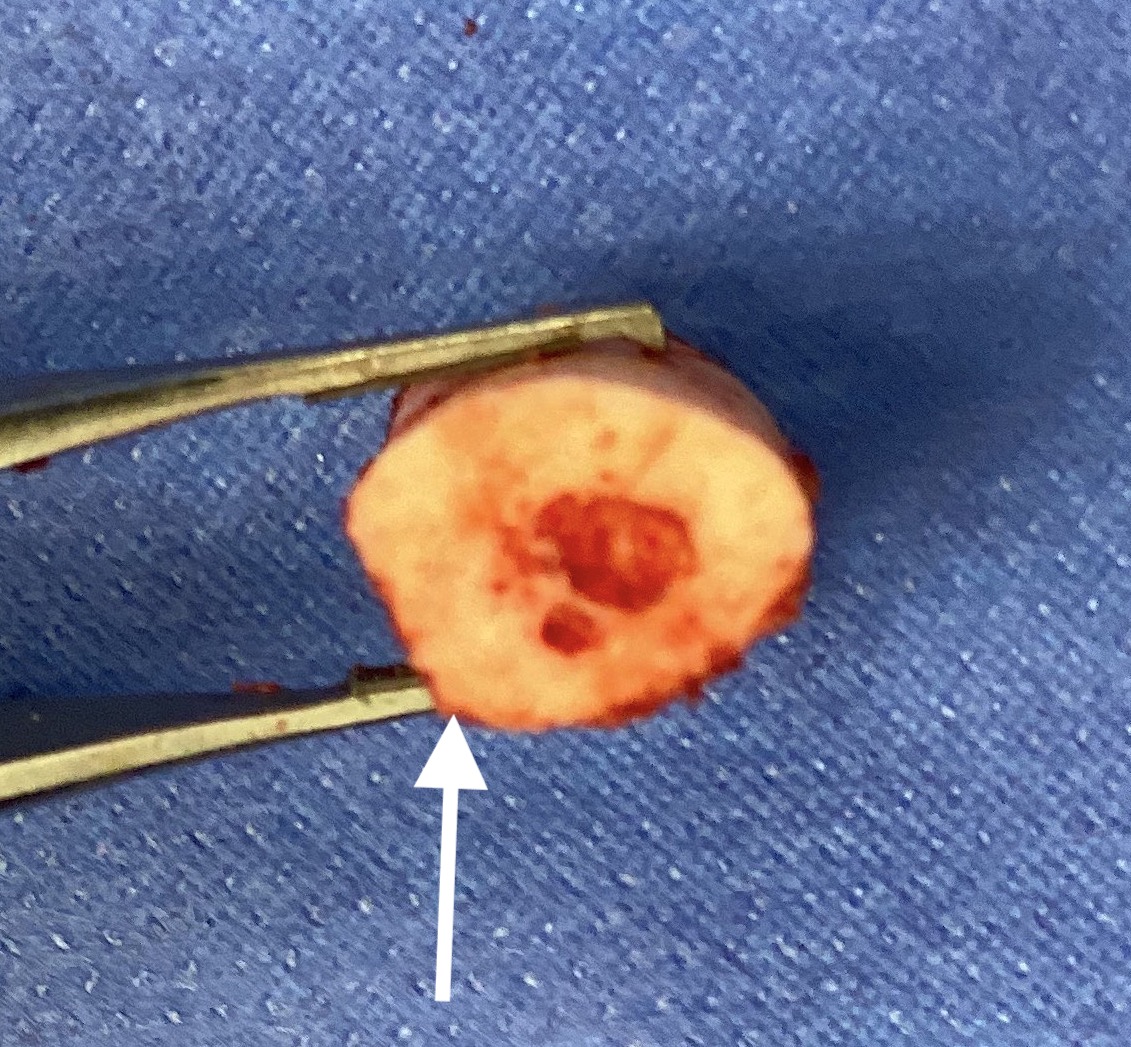 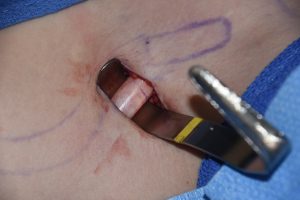 In aesthetic shoulder reduction surgery a segment of the clavicle from the inner aspect of its length is removed to achieve the narrowing effect. The first step in the process is to isolate the clavicle bone circumferentially to safely perform the bone removal and inward shoulder movement. There are numerous muscular attachments  along its length in this areas including the pectoralis major, the sternocleidomastoid and the subclavius muscles. All three are encountered in the subperiosteal circumferential isolation of this clavicle bone area.

The clavicle bone is easy to identify externally and the distance from the skin to the bone is short with no intervening neuromuscular structures. But the same can not be said for what lies underneath. Of importance is the unseen brachial plexus and subclavian artery and vein which run behind the clavicle. After passing over the first rib these neurovascular structures pass underneath the subclavius muscle. This short triangular muscle originates from the first rib and inserts more laterally on the underside of the middle third of the clavicle.

The function of the subclavius muscle is to stabilize the clavicle during arm movement as well as helps raise the first rib during breathing. It has also been purported to protect the brachial plexus and subclavian vessels if the clavicle is broken, acting as a barrier between the two. This is a coincidental benefit when doing circumferential dissection around the clavicle knowing that there is a muscle barrier. 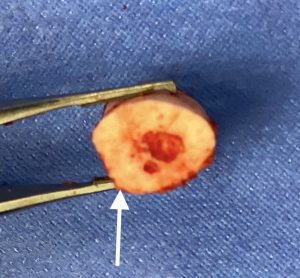 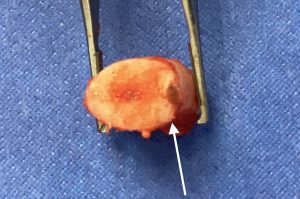 While the clavicle appears to be a round tubular bone, it actually is not completely smooth. There is a bony ridge on its underside onto which there is the attachment of the subclavius muscle. When doing the dissection this bony ridge is encountered and it is important to not let the dissection pass away from the bone into the muscle and possibly injuring the subclavian vein. Rather it is important to follow the bone surface which goes upward. Using a curved rib dissector works well for this blind part of the dissection due to its very curved shape. 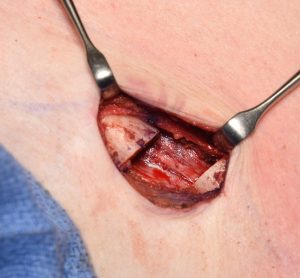 Once the bone segment is removed, the periosteum of the underside of the bone can be observed. There is usually a fine linear tear along its longitudinal length representing the dissection off of the bony ridge.