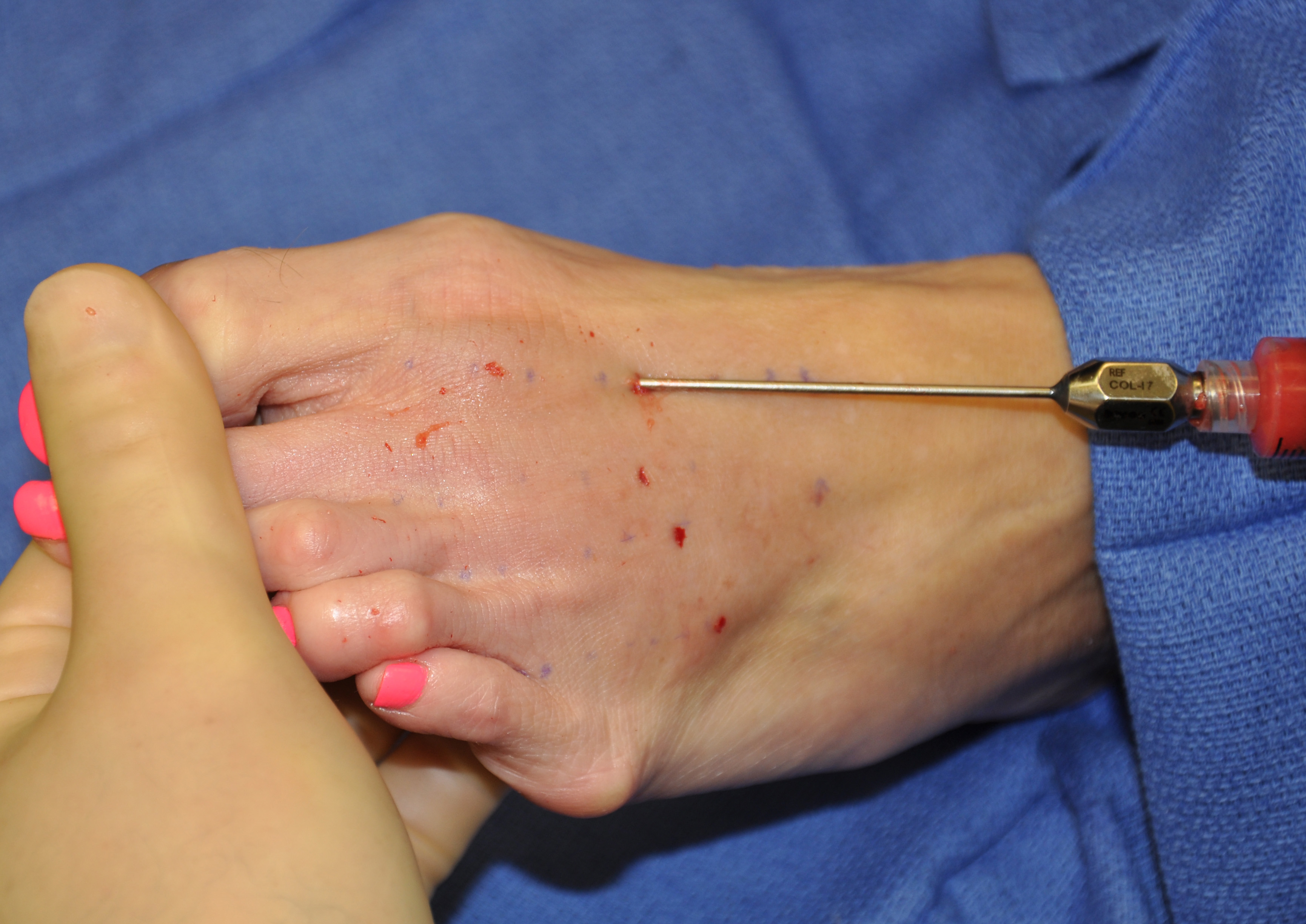 Fat injections have enjoyed widespread use over many areas of the face and body. With the ease of graft harvest and injection there are few areas that can not be injected. As a result, it is fair to say that fat injections are now done from ‘head to toe’.

Fat injections or pedal fat grafting is done for both cosmetic and functional purposes. Just like hand rejuvenation, fat injections are done in the dorsum of the foot to decrease its skeletonized appearance. Fat injections are also done for functional purposes to treat pedal fat pad atrophy. Clinical reports have been favorable for a decrease in heel pain and an increased fat pad thickness. But the exact mechanism how the fat graft does this is not yet clearly known.

In the April 2019 issue of the Aesthetic Surgery Journal an article was punished entitled ‘The Influence of Fat Grafting on Skin Quality in Cosmetic Foot Grafting: A Randomized, Cross-Over Clinical Trial’. In this paper the authors enrolled twenty-three (23) patients in a randomized clinical trial by two groups; Group 1 has immediate fat grafting with two year followup (26 feet) and Group 2 who had delayed fat grafting after a year of conservative management. (17 feet) Evaluation of the thickness of the heel fat pad and skin was determined by ultrasounds and photographs.

Their results showed that Group 1 patients had increased dermal thickness at six months after injection and remained so through the completion of the study. Group 2 patients decreased prior to fat injections with conservative management but returned to normal at the conclusion of the study. Fat pad thickness in both patients did not show any increases by study completion in both groups.

Interestingly, despite no long-term retention of the injected fat, patients had less heel pain as a result of the fat injections.  The increased and sustained skin thickness was unexpected but may account for the symptomatic improvement.

What this pedal fat injection study shows is that we still do not have a complete understanding of how fat grafting works. Their effects often go beyond what we think would be the key to their success….volume retention of the fat.