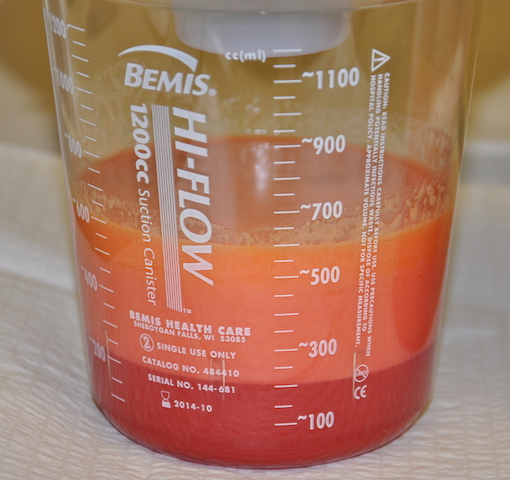 Buttock augmentation by fat injections (Brazilian Butt Lift) is one of the fastest growing body contouring procedures over the past decade. By combining a reductive liposuction harvest with recycling of that fat into an immediate buttock augmentation effect accounts for its popularity. But as the autologous procedure has become commonplace, complications have occurred that are the result of what was initially thought to be the best way to do the procedure.

Survival of injected fat into muscle has been presumed to be the optimal recipient site due to its high vascularity. But when the etiology of the major complications (fatalities) that have occurred from this surgery have been studied (fat emboli by inadvertent entry into the deep gluteal veins), it turns out that the original premise of the procedure is incorrect. To avoid injecting into major gluteal vessels it is no recommended to stay above the muscle in the subcutaneous tissue plane. This raises the question of how well does this injected fat survive at this buttock level.

In the February 2019 issue of Plastic and Reconstructive Surgery, an article on this subjected was published entitled ‘Subcutaneous-Only Gluteal Fat Grafting: A Prospective Study of the Long-Term Results with Ultrasound Analysis’. In a prospective clinical study the authors report the results of thirty-five (35) consecutive females with gluteal fat augmentation in the subcutaneous plane only. Ultrasound assessment of the subcutaneous buttock layer was performed before, immediately after and at one year after the surgery. Their technique consisted of power-assisted harvest with 4mm diameter cannulas, decantation for concentration and injection using 3mm power-assisted injection cannulas.

The average harvested fat volume was 3,500mls. The average injected fat volume was 521mls. Their results showed an immediate average increase in the subcutaneous gluteal layer of roughly 56%. At one year after the procedure the subcutaneous layer had decreased by an average of 18%. This indicates that the average fat volume retention as round 80%. Ultrasound also showed no intramuscular fat deposits and no cystic formations. (oil collection or areas of necrotic fat) There were no major complications reported.

This impressive clinical study demonstrates that injecting fat into the subcutaneous layer of the buttocks is both effective and safe. At least at lower injected volumes (500mls) fat survival is impressive for buttock augmentation.