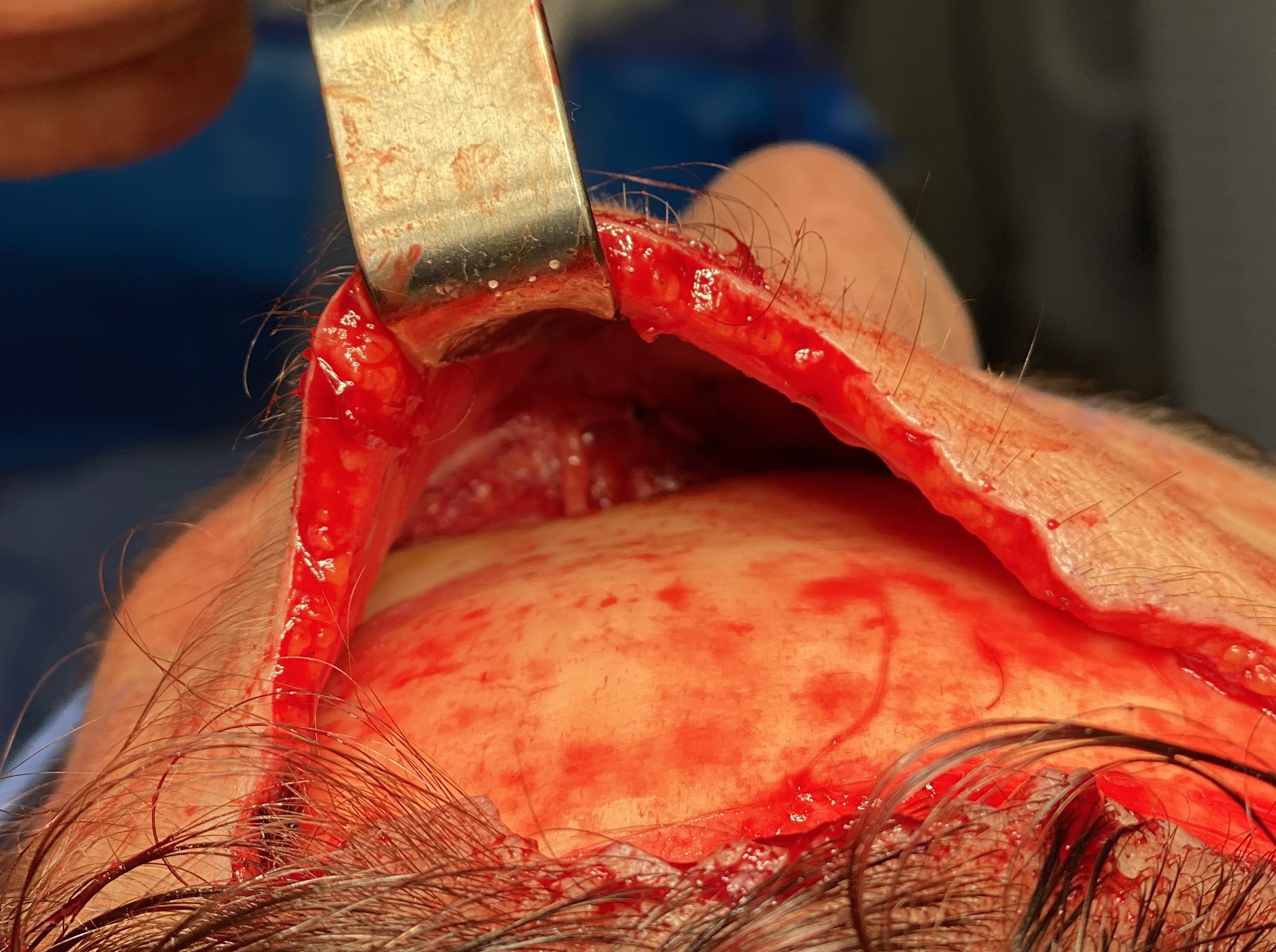 One of the essential steps in any form of a browlift is a periosteal release along the superior orbital rims. In so doing it is necessary to locate and release the tight tissues around the supraorbital nerves. Its purpose is to protect the nerves in the processing of ensuring the lower forehead tissues are adequately loose to effect the most important tissues in a brow lift…the brows.

On a related but separate note in frontal migraine surgery the key maneuver is decompression of the supraorbital nerves. (as well as the supratrochlear nerves) Such decompression hopes to relieve the triggers for the migraine headaches and, in the properly selected patient, has a fairly high rate of success in doing so.

There are numerous methods for performing browlift surgery, most of which are done from a superior scalp-based approach. One of these methods is the hairline browlift which has the advantages of better visualization of the superior rim subperiosteal release. This occurs due to a shorter distance from the incision to the superior orbital rim with a more direct linear view. It has the ‘disadvantage’ of a fine line scar at the frontal hairline but with that comes the ability to advance the hairline (shorten the forehead) if desired. 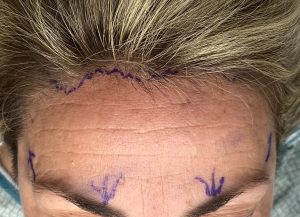 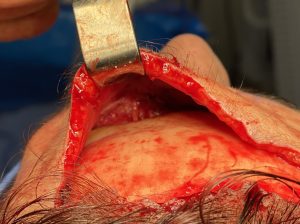 In the frontal migraine patient that has had improvement of their symptoms with Botox injections into the supraorbital area, the desire for an aesthetic brow lift provides the ideal opportunity to also decompress those nerves. The supraorbital nerves can be released as extensively as needed for the brow lift and then covered or wrapped with fat grafts. (which is what I prefer to do to prevent recurrent scar tissue formation around the nerve)

While done for completely different functional an aesthetic reasons, the combination of a hairline browlift and frontal migraine surgery provides the unique opportunity to look and feel better at the same time.