The cosmetic surgery field continues to expand both in the number of doctors performing procedures as well as in the types of procedures being performed. Conventional cosmetic procedures, such as breast augmentation, facelifts and tummy tucks, are well known and represent a few of the mainstream procedures. There are many other niche procedures, like earlobe reduction, lip lifts and nipple reductions to name a few, that are not as well known but are also commonly done. But like everything else in life, cosmetic enhancement marches forward and new innovations regularly appear.

I was asked recently to be interviewed on a local radio show about the internet news article which appeared on the cosmetic surgery topic of ‘Toebesity’. While normally I might not have read this article even if I came across it perusing the internet, I was actually aware of it and had read it. A friend of mine who works for an internet marketing firm had sent it to me as a joke, incredulous that such an entity could actually exist.

Toebesity refers to the surgical procedure of defatting the toes. For those bothered by a fat toe or two, they can be reduced in size. I was aware of toe shortening but not actual toe size reduction. While I am not a podiatrist or a foot and ankle surgeon and do not perform this procedure, I can not comment on its merits and the risks involved in doing it. But I am not surprised that it exists or has been developed. Ultimately if there is a concern, a surgical procedure will appear to try and change it.

The normal comment to such a procedure would be ‘who would want to do that’…or ‘someone must be crazy if that bothers them’. But what you learn with a lot of experience in cosmetic procedures is that there is no accounting for what or why some physical feature bothers people. Trying to understand the  reasons why a certain physical feature is concerning cannot be logically done by another person.. Such concerns are undoubtably muiltifactorial but are deeply emotional. How you may feel about their physical concerns is just that…how you feel about it. 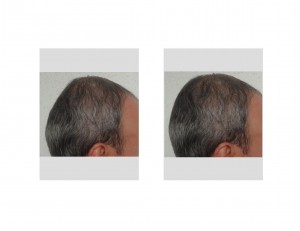 This is well illustrated to me by a set of procedures completely opposite to that of the toes…skull reshaping. I perform a fair number of skull or head reshaping procedures over the pasts few years and the number is growing. These are largely not reconstructive skull procedures per se, like from a craniotomy or a traumatic accident, but are cosmetic concerns about the way their head is shaped. Such issues may be a flat spot on the back of their head, protruding brow bones or a prominent midline skull ridge to name a few. Some of these issues are obvious to outside observers while others are clearly more discreet and are more ‘internalized’ concerns.

But what strikes me about the issue of skull reshaping is the deep emotional concerns and scars that their physical issue has caused them. Patients write me and describe why they want the procedure and how much it has bothered and embarrassed them over the years. Some of these skull issues have appeared as men lose their hair or now completely shave their head, exposing the full shape of their skull. Others, however, have hair and modify their hairstyles to try and hide these concerns.

The point being is that people have physical concerns and will try to change them if a surgery exists to address it. Like skull reshaping, just because cosmetic toe surgery is new doesn’t mean it doesn’t have great emotional value to certain people. The number of people wanting toe modifications today are small, but twenty years from now the procedure may be quite common. Placing breast implants in 1969 was far from how it is perceived and practiced today. Cosmetic surgery continues to evolve and really does cover the gamut of all concerns from head to toe.