Cotinine Test for Smoking Cessation Prior to Plastic Surgery 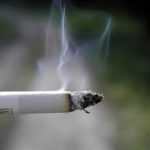 With over 45 million reported smokers, it is no surprise that many patients who undergo plastic surgery are smokers. The adverse effects of smoking are well known with tobacco smoke containing about 5,000 different chemicals with 250 toxins including nicotine and carbon monoxide. Nicotine causes vasoconstriction and an increase in thrombotic occlusion. Carbon monoxide has a stronger affinity for hemoglobin than oxygen and this leads to decreased oxygen available to the tissues. Both effects combined contribute significantly to a detrimental effect on wound healing.

Because of the wound healing effects of smoking, plastic surgeons are very wary of operating on such patients for fear of a higher rate of after surgery complications. For this reason, some plastic surgeons will not operate on any patient that has a recent smoking history for any procedure.

Most plastic surgeons, however, take a less restrictive approach and will perform surgery if the patient stops smoking two weeks before and after surgery. The time cessation necessary to prevent complications with wound healing is not precisely known but nicotine clearance from one’s system take several weeks. The caveat is that the type of procedure and technique are highly influenced by the use of tobacco and plastic surgeons are less willing to perform more invasive technique on smokers than non-smokers. 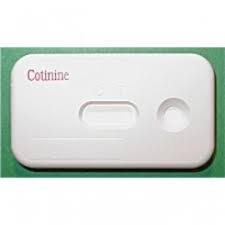 Compliance with smoking cessation can be tested prior to surgery in the same way as a urine pregnancy test. It is a simple and fairly inexpensive test. Cotinine is a break down producty of nicotine that is different from nicotine. It can be cleared rapidly by the body and can be detected for up to one week after smoking has stopped. Cotinine can be tested in the blood, saliva or urine. Urine concentration of cotinine is 4 to 6 fold higher than blood and saliva, which makes it a more sensitive test. Smokers of menthol cigarettes can have a positive test for longer period of time as menthol competes with cotinine enzymatic metabolism. Genetics can also influence the enzymatic metabolism of cotinine with African Americans showing higher values for longer periods than Caucasians.

Tobacco abuse is a challenging matter and patients should be cautioned about the risks involved with its use if they are to undergo any invasive plastic surgery procedure. The cotinine test is a simple test to check tobacco cessation compliance. For less than $5 dollars a test it will show if a patient had smoked within the last week. It has a very high sensitivity of 98%, meaning that if one has smoked in that time period this test will be positive.