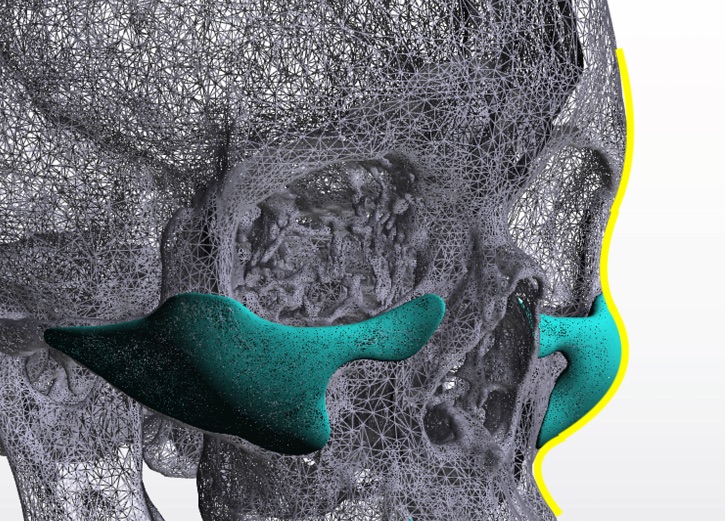 While the ogee curve has good relevance to midface aesthetics, it lacks specific measurements as to the ideal curve shapes that would best benefit any particular patient. The concept of lazy S-shaped curves lacks a specific meaning when it comes to actually creating them. While with injection techniques the creation of specific curved changes should not be an expected precisional outcome of the procedure, this is not true in the design of custom cheek/midface implants. With such implant designs the bony ogee curve is affected in a very precise way by its side and shape. 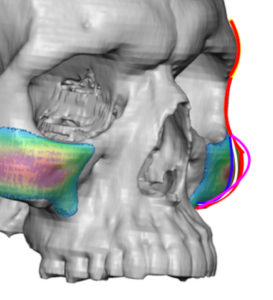 Many patients that present for custom cheek and infraorbital-malar implants have what appears to be a normal appearing bony ogee curve as seen on their 3D CT scans in the oblique view. Some, of course, will have a flatter lower convexity of the curve which is why they are seeking the procedure. In the design of the custom implant the bony ogee curve is changed by which its shape is partially affected by how much horizontal projection of the cheekbone the patient desires. But like a convexity turned on its side, how should the lower curve of the ogee be shaped? There are numerous shape options available which is very similar to the options available for the projection of breast implant seen in the profile view. (low, medium and high projections) 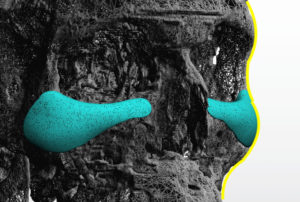 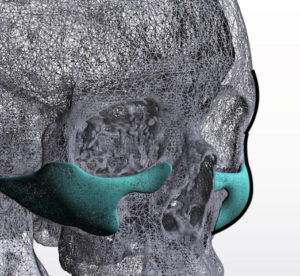 My first approach is that the ogee curve on the implant design should at least look natural. Like the approach for many custom facial implants the area augmented should look like a natural part of the bone. There should be a good flow to the implant shape as it merges with the bone on both its upper and lower edges. 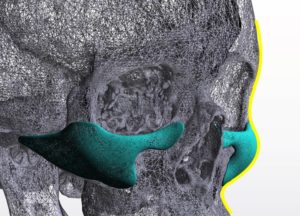 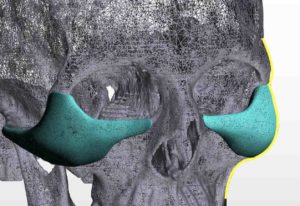 If it looks unusual or out of place it probably will on the patient as well. Admittedly this statement seems a bit abstract. But a good design rule to follow is that the point of maximum convexity of the lower ogee curve should be at the midpoint of the cheekbone. While on the face this may correspond to a point below the infraorbital rim, lateral to the lateral canthus and at a point on the cheekbone anterior enough so that the arch its still seen, such soft tissue landmarks don’t exist on 3D CT scans. Thus a specific bony point must be used. If a high projecting curve is used the augmented area may appear too full by the eye and unnatural. If a lower projecting curve shape is used this may create too much lower cheek fullness which in a male is usually undesired. (although for a female thismay be fine)

There are numerous footprint and dimensional considerations in the design of custom cheek and infraorbital-malar implants. Given the high aesthetic relevance of the oblique or three-quarter view of this facia area one important design feature to evaluate is the implant’s impact on the bony ogee curve. While specific curve shape aesthetics currently remain lacking, its shape should be consistent with a soft s-shaped curve that looks like a natural part of the bone.