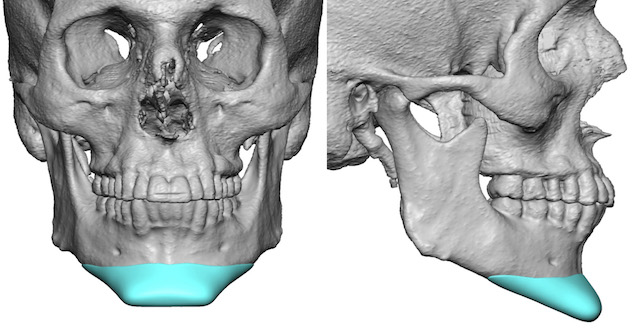 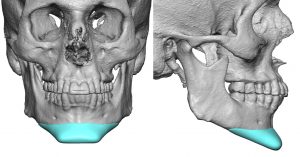 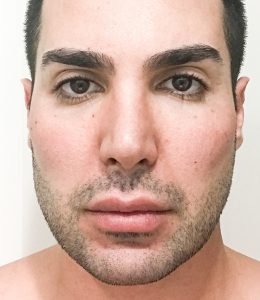 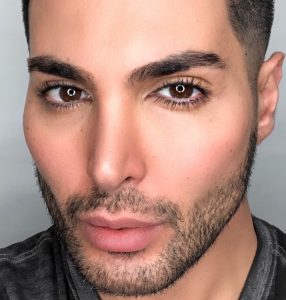 Custom chin implants are beneficial for different lower facial reshaping effects. They are of great value when trying to achieve vertical chin lengthening, for a more posterior extension of the implant effect back along the jawline towards the angles, and for specific chin shape effects such as square or tapered/v-shaped looks.

They are especially useful  in revisional chin implant replacement surgery to achieve an improved implant position/shape on the bone as well as to augment a chin that has had prior bone surgery (e.g., bony chin reductions or sliding genioplasties) with residual asymmetries and/or bone irregularities. It is tempting to think that unsatisfactory standard chin implant results or natural/iatrogenic chin asymmetries are easy to solve because they are on an easily accessible facial projection area. But its prominent visibility also makes it easily even seen and scrutinized and the surgeon’s eye is never as good as what a computer design can do. 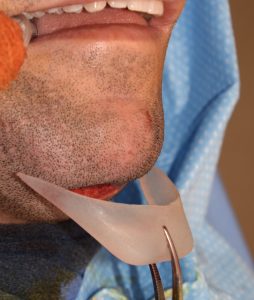 A key surgical point about some custom chin implant placements is that the location of the typical submental incision must he carefully considered. (this does not change much for intraoral incisions other than their length) The incision may need to be placed further back than typically placed if the implant adds significant vertical length in particular. This is because the effect of some chin implant designs will cause the tissue under the chin to roll out more than usual. This could cause the submental incision to move further forward than one may think.

The bony jaw angles naturally pose challenges for augmentation because there are two of them that ideally must match and many patients have some natural asymmetry between them. As a result, jaw angle implant asymmetry is not rare. A small difference in the shape or width of the jaw angles can turn into a visible difference when they have been enlarged by implants. Vertical jaw angle lengthening is needed in many patients and this poses unique implant positioning challenges since some of the implant is designed not to be on the bone. Failure to recognize existing jaw angle asymmetries combined with the inherent challenges of placing implants from inside the deep recesses of the mouth with limited visibility makes the use of custom jaw angle implants almost a necessity when standard implants have failed to achieve a satisfactory aesthetic result. 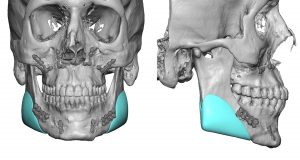 One of the unique growing needs and benefits for custom jaw angle implants is in the orthognathic surgery patient who has had a sagittal split osteotomy. This well known facial bone surgery can unintentionally change the shape of the jaw angle or create asymmetries due to ramus segment positioning or bone healing changes. T0 correct or restore the shape of the jaw angle custom implant designs can be used to precisely do so. 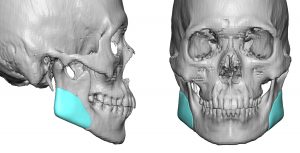 One of the newer uses for custom jaw angle implants is after aesthetic jaw reduction or what is known as v-line surgery. It is a type of facial bone surgery injections which it is not uncommon to have too much bone removed from the jawline and posterior jawline areas and resultant soft tissue sagging. As a result such patients seeks to restore part or all of the lost jaw b0ne. Only a custom implant design can precisely control how much bone shape restoration can be achieved as well as the symmetry between the two sides.