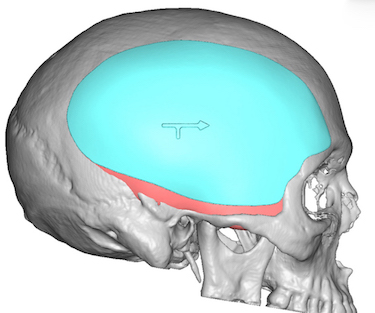 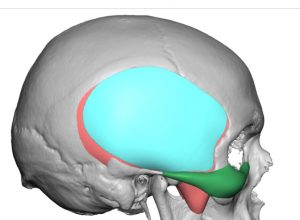 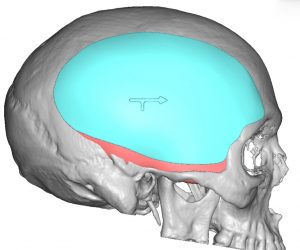 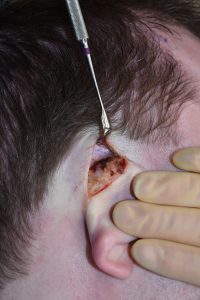 The placement of custom temporal implants can be done at carious tissue planes on the side of the head based on the size of the implant. They can be placed under the muscle, on top of the muscle but under the fascia or on top of the fascia depending upon how far forward the augmentation is needed. (does it need to to cross onto the forehead over the temporal lines) Regardless of the temporal implant size it is placed in a scarless fashion from an incision behind the ear in the postauricular sulcus employing the principles of implant deformation and intrapocket elastic shape recoil.