The History of Fat Grafting in World War 1 Facial Reconstructions

It has been said that many techniques used in plastic surgery, both reconstructive and cosmetic procedures, have their origin in war. The need to develop methods to treat devastating injuries of the face and body serves as the basis for innovation. This is best known in the development of many plastic surgery procedures of the face where World War 1 thrust surgeons of the day into a whole new world of missing parts of the face from trench warfare. Not only techniques but the surgeons that developed them live in the chronicled history of plastic surgery…long before plastic surgery was they established surgical discipline that it is today. 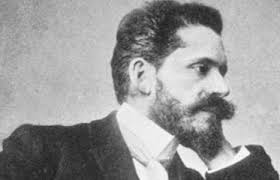 In the November 2017 issue of the Annals of Plastic Surgery an article was published entitled ‘Use of Fat Grafts in Facial Reconstruction on the Wounded Soldiers From the First World War (WWI) by Hippolyte Morestin (1869–1919)’ This pioneering French surgeon’s work during the Great War from 1914 to 1918 was on the large numbers of facial injuries that this conflict created. As head of a surgery department that specialized in the face, he developed numerous techniques using tissues from the patient’s own body to fill tissue defects in facial reconstruction. This paper focuses primarily on the fat grafting techniques and their aesthetic outcome used by Morestin during World War I. (he died one year after the end of the war) 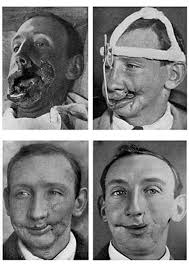 Using documents and pictures from the archives of the Val-de-Grace Army Health Service, thirty-four cases published by Hippolyte Morestin dealing with facial reconstruction during the World War I were studied. Free en bloc fat grafts were used to fill craniofacial defects. While most of the grafts were harvested from the patient, fat grafts from other people were sometimes used. The goal of the surgery was to create more volume but benefits were also seen in improved skin healing and skin flexibility.

While done in a time before antibiotics and field and instrument sterilization were not developed, it is amazing that such tissue grafting worked at all. But its success then served as the yet unknown foundation for the fat grafting procedures done in plastic surgery today. While the exact reason why fat grafting works (and sometimes does not work) is not completely understood today, it is believed that other elements in the tissue (e.g., stem cells) are favorable for healing and cellular regeneration. While it was innovative over one hundred years ago to just graft tissue from one part of the body to the other and have some of it live, its application today in both reconstructive and cosmetic procedures is no less impressive. 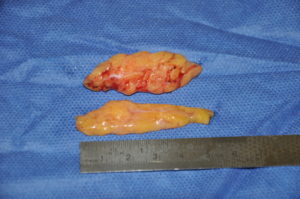 For me the greatest relevance in Morestin’s work is the use of enbloc fat grafts. (not liposuction harvested and injected fat as is most commonly used today) Such fat grafts still have application today and I frequently use them in the form of dermal-fat grafts for small to modest face and body defects. While not talked or written about much today they still are a valuable tissue grafting technique which was really what was done in fat grafting in the first three-quarter’s of the last century.