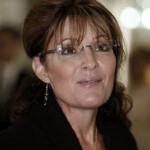 Recent internet blogs purport that Sarah Palin has had some plastic surgery done recently. Using some apparent inside information, it is stated that she had a ‘nasolabial fold lift, cheek implants, midface lift, eyebrows fixed and a sideburn graft.’ A series of photographs are shown which are supposed to support these contentions.

Normally, I wouldn’t waste valuable computer time on a topic that, while interesting to some, doesn’t add any facts to those truly interested in what plastic surgery has to offer. And there are lots of tabloids, websites and even TV shows that analyze celebrities and what they may have had done. But there is some educational value in assessing some of this content to separate procedures that do exist from those that don’t.  And when and why they are used.

I will preface these comments by saying that I have no knowledge of whether Sarah Palin had plastic surgery or not. Nor it is this a negative commentary on those that purport that she did. Nor am I a supporter or detractor of hers.

A ‘nasolabial fold lift’ is a misstated procedure. The deepening of one’s cheek-lip groove, also known as the nasolabial fold, is a function of one’s cheek tissues beginning to sag downward against upper lip tissues which do not sag with age. A deep or prominent nasolabial fold can be softened with injectable fillers and this simple office procedure is one of the main uses of filler products. 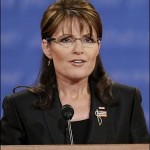 Cheek implants are used to highlight cheek and midfacial prominences and are often overdone  and easy to spot. But Sarah Palin is about the last person who would need them. She has the congenital benefit of a naturally strong facial bone structure with high cheek bones. This is one of the main reasons for her facial attractiveness.

Midface lifts are designed to lift sagging cheek tissues. They can be done open or from an endoscopic approach. As previously mentioned and for reasons similar to that of cheek implants, there is nothing in Sarah Palin’s photos that would remotely suggest she would benefit from such a procedure. An open midface lift involves incisions across the lower eyelid and sometimes inside the mouth. When properly used, it is a very effective procedure but it can cause problems of prolonged swelling and potential lower eyelid problems. An endoscopic midface lift is different as it is done from incisions up in the scalp and is used when the midface sagging is less severe. She may have had this done but the benefits of doing so, and the results obtained if done, are certainly suspect.

The ‘eyebrows fixed’ procedure could very well mean that an endoscopic browlift was done. This is a very frequently used procedure done from behind the frontal hairline. It can lift sagging or flat eyebrows and create more of an eyebrow arch and open up the eyes. But injectable Botox can create in some patients very much of the same result.  While the pictures later in the year of Sarah Palin show higher arched eyebrows, that photo was taken from a different angle and the facial expression is not the same. More on photos later. 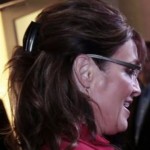 The alleged ‘sideburn graft’ procedure does not exist. There would be no reason to graft a sideburn and skin grafts are never used in any form of facial plastic surgery. What they undoubtably mean is that the sideburn has been altered. This would be due to a form of a facelift known as a limited or mini-facelift, also called a Lifestyle Lift by some. This simple tuck-up procedure uses an incision from inside the ear, around the earlobe below, and up into the hairline above. The one side view photo does show a very straight back part of her sideburn (preauricular tuft of hair) which is a likely sign that it is from an incision. There is also a lump in front of her ear, which is certainly unnatural, and could be a small residual fluid collection or swelling from the procedure. This  ‘mini-facelift’ is a common little jowl tuck-up method that is best used when only  a small amount of jowling (early facial aging) is present. This would be believeable from my perspective on her as, at best, she would only need such a limited procedure.

A comment on photographs.  One thing that plastic surgeons are acutely aware of is the influence of photographs on how the face can look.  You can take a patient, change the lighting and angle, and one can look like they have had some procedure that has changed their appearance. It is for this reason that the sentinel journal of plastic surgery, Plastic and Reconstructive Surgery, has specific photographic standards so that the results of procedures can be accurately judged. Many commercial cosmetic products and devices take advantage of these photographic nuances to promote sales.

Did Sarah Palin have plastic surgery? Maybe… but the procedures would not be as many or of the magnitude that have been suggested. She may have taken advantage of some of today’s minimally-invasive techniques such as an endoscopic browlift and a tuck-up facelift. The recovery from these would be very quick, less than 7 to 10 days, until one is able to be back in front of the public again.