Did You Know? Hyaluronic Acid – Based Injectable Fillers 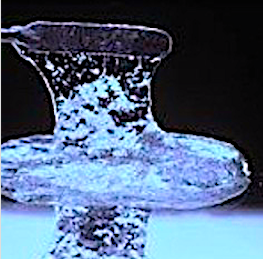 Injectable fillers are one of the most commonly performed non-surgical aesthetic facial procedures performed. I would suspect that at least a million ccs of injectable fillers are placed  in faces every year in the U.S. Of these injectable fillers the majority are composed of what is often called hyaluronic acids. The term ‘acid’ seems incongruous with an aesthetic treatment even though it is commonly used. But a little chemical history will provide an improved understanding of the term.

Back in the 1930s German chemists discovered a high molecular weight polysaccharide which was isolated from cow eyes. They gave it the name hyaluronic acid because it was composed an amino sugar (hyaloid or glass like in appearance) and uronic acid. The modern term is hyaluronan, a repeating disaccharide polymer. The medical use for hyaluronic acids did not occur until almost fifty years later eye humor replacements and as joint injections. But it ultimately required developing a non-animal source for its production before it became an aesthetic product for the face.

While the use of the term hyaluronic acid for the use of certain injectable fillers is not wrong, it it really an inadvertent homage to their early chemical discovery origins.