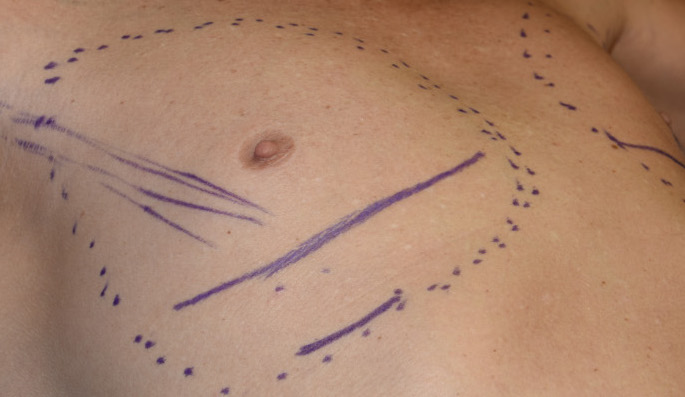 While the placement of breast implants in cis-women vs transgender women is technically the same, there are some differences in the shape of the chest between these two groups of patients. As a result there will be outcomes differences from their breast augmentation surgery. Knowing these differences helps prepare the patient for how their breasts will look after surgery as well as provide some guidance in preoperative planning.

In the July 2021 issue of the European Journal of Plastic Surgery an article was published on this topic entitled ‘‘An anthropometric evaluation of the augmented breast: differences between cis-and transgender women and possible clinical implications.’ In his paper an observational study was performed using 3D images of forty-four (44) cis- and transgender female chests before and after surgery looking at various body, breast and nipple dimensions. Specifically they looked at how the breasts sit on the chest as well as where the nipple position on the augmented breast appeared. 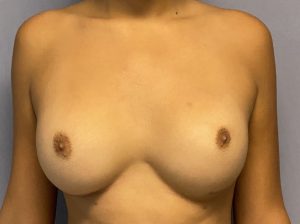 Comparing cis-women vs transgender women their results showed that the breasts of the latter sit more superiorly or cranial. (higher) The nipples were smaller overall and were positioned more lateral than in cis-women. They concluded that breast augmentation results differed significantly between cis and trans women. 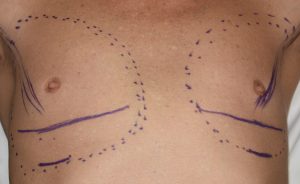 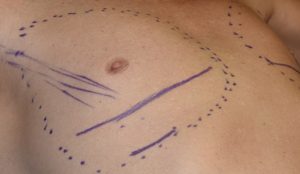 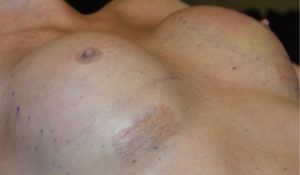 The results of this study confirms what any surgeon who has ever performed breast augmentation on transgender women or even the cis-male knows. The transgender female usually presents with a much smaller amount of breast tissue that is more laterally positioned due to the location of the also smaller nipple-areolar complexes. As a result the placement of breast implants is going to be more lateral in an effort to not have the postoperative nipple position sit too low or too far to the side. There is a delicate balance, however, between trying to prevent the implant from being too medial (with the nipple too far to the side) and the implant ending up being too lateral and low. (to the side of the chest wall) This may increase the risk of revisional surgery for optimal implant placement. The size of the breast implant helps as larger implants have a wider base diameter and, by covering more chest surface area, stretches out more tissue. As a result the patient needs to be educated preoperratively on how these anatomic features effects the outcome. (wider sternal gap, more lateral breast mound) which is really not much different than the cis-female who presents with naturally wider spaced breast mounds.

Some medialization of the nipple-areolar complex can be obtained posteopratively if the patient desire through a cresent excision of skin located on the 12 to 6 position of the areola.