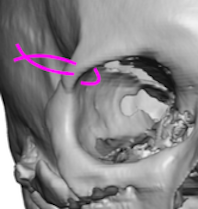 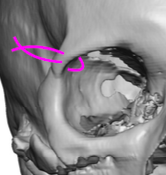 In Volume 39 of the 2019 issue of Aesthetic Surgery Journal an article was published entitled “Dynamic Canthopexy” Drill Hole Canthal Repositioning’. In this paper the authors describe what would be considered a reliable and standard technique for lateral canthoplasty, a double hole lateral orbital rim canthal repositioning technique done through an upper eyelid incision. Athough it is called a canthopexy procedure it is really a canthoplasty technique.

In thirty (30) patients over a ten year period this type of canthoplasty was performed for either a congenitally downward sloped palpebral fissure (18) or in patients with normal eyes who wanted a more upwardly sloped palpebral fissure. (12) Average operative time was one hour. All patients achieved good results with emphasis on the need for over correction and the patient’s willingness to accept the over corrected look until it settled. (which they all do) All results at six months after the procedure would be considered permanent. No significant complications occurred. 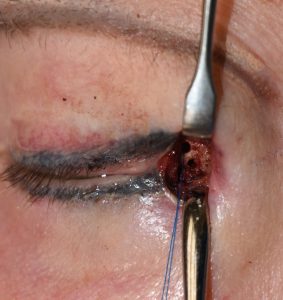