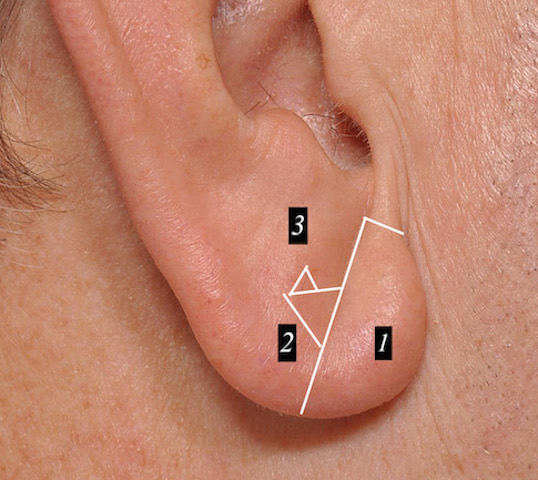 While large earlobes can occur naturally many develop as a result of aging. Gravity, heavy eye ring wear and the lack of cartilage support of the earlobe allows it to stretch inferiorly creating an elongated earlobe. It is no surprise therefore that some facelift patients have large earlobes that could benefit by reduction at the same time as their facial rejuvenation procedure. Facelift patients combined with younger and older patients who just have large earlobes only seeks to the need to have a versatile earlobe reduction technique that produces predicatable results with a low rate of any complications. 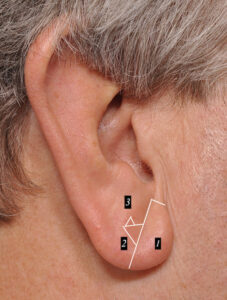 In the August 2020 issue of the Aesthetic Plastic Surgery journal an article was published on this topic entitled ‘The Three-Triangle Rotation Flap Technique for Aesthetic Ear Lobile Reduction’. Over a three and one-half year experience, sixteen (16) facelift patients  and seven (7) isolated large earlobes were treated by an earlobe reduction technique. This is a decreasing in size spiral triangle flap technique where the first large triangle (1) is the amount of earlobe reduction, the next perpendicularly placed triangle flap (2) allows the remaining earlobe to rotate into the excised defect and the smallest triangle flap (3) prevents a dog ear from forming. All of the patients experienced uncomplicated healing and did not require any subsequent revisions.

They have been numerous earlobe reduction techniques that have been described, all of which are touted as having successful outcomes with negligible complications. This proves that all such described techniques work with their own unique advantages and disadvantages. Simplicity in execution and a predictable outcome are the hallmarks of a good procedure and this described earlobe reduction technique qualifies as such. Its only downside is that the scar lines are on the anterior surface of the earlobe. But their non straight line pattern leads to minimal visible scarring. 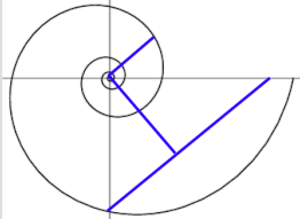 The authors may not have been aware that this three triangle flap technique they have described is similar to that of a logarithmic spiral. This is a spiral curve that is often seen in nature with a geometric progression as the spiral turns. One could argue whether such a spiral is mathematically ‘golden’ or not but as the size of the spiral increases its basic shape us unaltered with each successive curve. Perhaps this is why it works so well for the reduction and also creates minimal scarring despite the number of incision lines.