Early Exercise After Breast Augmentation Surgery – Is It Beneficial or Detrimental? 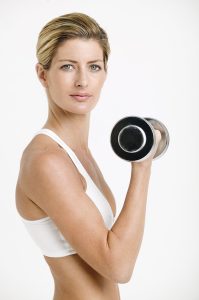 While breast augmentation surgery has been performed for decades on millions of women there is not a completely shared consensus on their immediate postoperative management. Some plastic surgeons place patients on limited physical activities after surgery while other plastic surgeons do not. It is probably more common that a limited physical activity protocol is followed for weeks up to a month after surgery. The premise of this approach is that ‘too much’ early activity will increase complication rates. Whether that is true is based more on personal belief rather than scientific data.

In the February 2022 issue of the journal Plastic and Reconstructive surgery an article was published in this topic entitled ‘Exercise after Breast Augmentation: A Randomized Controlled Trial.’ In this paper the authors evaluated two hundred and twenty-five (225) women who underwent breast augmentation surgery for the effects of exercise that started one week after surgery compared to a standard exercise-restricted group. Postoperative assessments consisted of any complications that resulted in a need for reoperation, scar quality and patient-reported outcomes.

Their findings were that complication rates between those patients that embarked on early exercise (6.9%) vs those who did not (7.5%) were not different. The scar quality one year after surgery were comparable between the two groups. Patients reported more favorable outcomes in the exercise group (83.4) than in the control group. (66.3)

Whether early exercise results in more favorable outcomes after breast augmentation can be debated, this study demonstrates that at the least it does not make it complications or other measurable outcomes worse. This supports my long term experience in which I encourage patients to begin range of motion exercises the day after surgery and more strenuous exercises as soon as they feel comfortable. The reality is that the operation is somewhat self-limiting after surgery due to the tightness and soreness of the pectoralis muscles and almost no patients are going to do too much too soon anyway.