The Efficacy of A Facial Exercising Device on Facial Rejuvenation

Facial exercising devices that promise a facial rejuvenative effect have been around for decades. Because of how they are often promoted (e.g., airline magazines) and the lack of any convincing clinical studies, they have been understandably perceived as a gimmick and not really effective. Their premise is that one can build the facial muscles, like any other muscles of the body, and by so doing can lift up sagging facial and neck tissues. 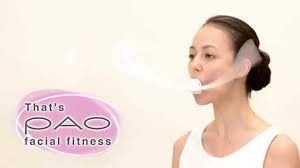 In the April 2018 issue of the Aesthetic Surgery Journal an article was published entitled ‘Effect of a Facial Muscle Exercise Device on Facial Rejuvenation’. In this paper the authors evaluated the effectiveness of a facial muscular exercising device in creating a facial rejuvenate effect in a quantitative manner. Fifty women used the device for thirty seconds twice a a day for eight weeks. The facial muscles were assessed by sonograms for thickness and cross-sectional area as well as facial surface area and volume determined by laser scanning both before and after the treatment program. Facial muscle thickness, cross-sectional area, mid facial surface distances, jawline surface distance and lower facial surface area and volumes were compared bilaterally before and after the facial exercise program. 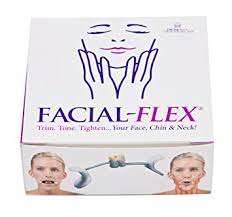 This specific facial exercising device (Pao, Japan) showed the ability to build certain facial muscles which did have a measurable positive facial lifting effect. How this applies to many of the other facial exercisers that are commercially can not be directly inferred. These are numerous questions about some of the other effects of facial exercising such as muscle size persistence and their effects on facial wrinkles.

But at the least the premise that the muscles of facial expression can undergo hypertrophy by exercise does have some clinical proof.