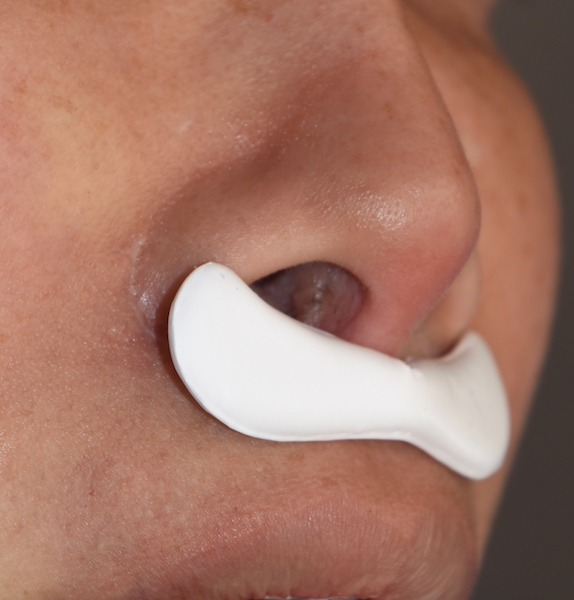 There are various manifestations of a midface that lacks adequate horizontal projection. But one of the most common is seen at the central midface around the base of the nose. The projection of the nose is highly influenced by the growth of the nasal septum and the development of the maxilla underneath it. Specifically the projection of the bony pyriform aperture, anterior nasal spine and anterior alveolus provides support and projection for the lower two-thirds of the nose. 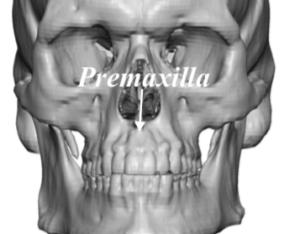 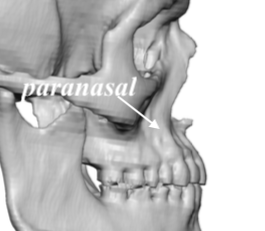 Lack of adequate central midface projection is seen externally at the base of the nose with a flat side profile, short nasal projection and a diminished nasolabial angle. The upper part of the nasolabial folds by the nostrils can be deeper and even concave in appearance. This is most known to appear more commonly in certain ethnicities that naturally have this type of facial shape (e.g., Asian patients) but can occur in anyone that lacks adequate horizontal growth of the midface.

As a result a variety of aesthetic midface augmentation methods have been used from injectable materials to implants. This type of midface implants have been given a variety of names from pyriform aperture, paranasal and premaxillary style implants….which can be confusing. They have also be made of various implant materials from different manufacturers. While this is not an anatomically complex area, satisfactory nasal base implant styles remain in a state of evolution due to their low level of clinical experience by most surgeons.

Having used every central midface implant style and material that has been available commercially, my current preference when it comes to a standard implant is the ePTFE premaxillary and paranasal styles. The ePTFE material is easy to work with, very adaptable and because of the pocket location and postoperative tissue adherence to it does not require any form of fixation. They are most directly inserted through an intraoral incision right under the upper lip. 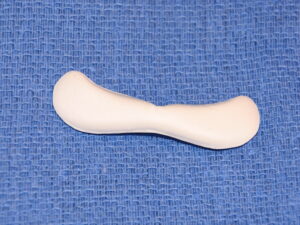 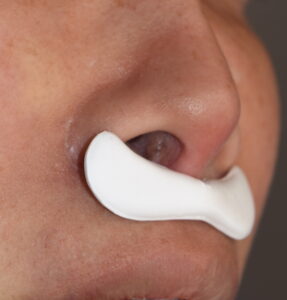 The ePTFE premaxillary implant is best thought of as a one piece ‘moustache’ shape which means it provides augmentation centrally under the columella and along the base of the nose out to the sides of the nostrils. While it does provide some anterior paranasal augmentation it is best not thought of as a true paranasal implant as it does not affect the depth of the nasolabial fold externally or covers the bony canine fossa internally. 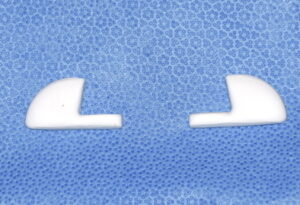 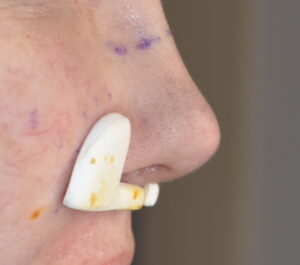 The ePTFE paranasal, in contrast, is a paired or bilateral implant that very specifically augments the pyriform aperture under the nostrils and does go out onto the maxilla laterally over the naturally concave canine fossa. It does have a narrow arm of material that goes medially but does not cross the anterior nasal spine and thus does not open up the nasolabial angle. (limited premaxillary effect)

ePTFE nasal base implants provide specific augmentation effects to the premaxilla and paranasal regions. Each style provides some limited effect to the adjacent anatomic region but their primary effects are as their names indicate.