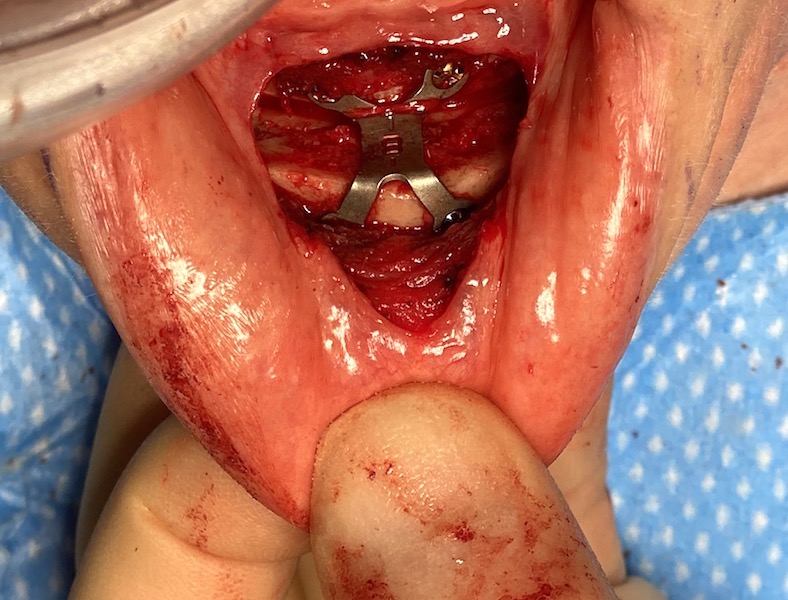 The sliding genioplasty is a commonly performed method of chin augmentation. Its value is two-fold, it is an autologous technique that uses the patient’s own bone and it is has multidimensional effects. It is not a perfect chin augmentation technique (neither is a chin implant) that has its own limitations. It is not a great technique for reducing chin projection even though it is often used to do so. But more importantly it can have some adverse soft tissue effects from nerve injuries to chin pad deformities

In the November 2021 issue of the Plastic and Reconstructive Surgery journal an interesting technique article on this topic was published entitled ‘Osseous Genioplaasty: Prevention of Witch’s Chin Deformity with No-Degloving Technique’  In this paper the authors compare two methods of bony genioplasty fixation, a stair step plate and lag screw fixation in fifty (50) patients. (25 in each group) Their multi end point assessments showed that only soft tissue chin pad ptosis occurred in the stair step plate group where more degloving was done. There was also more deviation from the expected pogonion and mention positions as determined from cone beam tomographic scans.

While I applaud the authors on doing a prospective study of different surgical technique for a bony genioplasty, I would have to differ with the fundamental premise of the paper. Having performed well over 500 bony genioplasties in my career I do not even recall a single case of chin pad ptosis from a horizontally advancing bony or sliding genioplasty. As the chin moves forward it naturally expands or lifts up the chin pad so I can not see how this is much of any problem. In retrograde bony movements this will always be a problem regardless of the technique used but that was not the type of genioplasty movement studied in this paper. 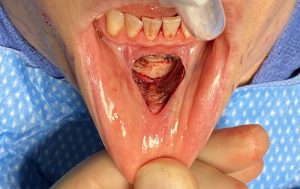 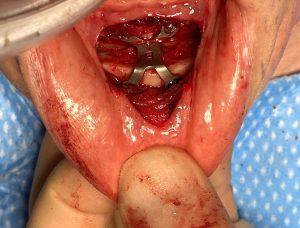 I suspect the explanations for my experience are that most bony movements of sliding genioplasties that I do are rarely ever less than 6 or 8mms. Many are in double digit movements. In this paper the bony movements were much smaller in the 5 to 6mm range. Secondly I have always begrudged the way most gentoplasties are shown to be done with such large incisions and extensive soft tissue degloving. There is no reason to make more than a 2.5cm mucosal incisional (the mucosa natural stretched) or do such extensive soft tissue stripping. A tunnel undermining technique can be used to make the bone cuts which is more than adequate to apply a stair step plate. This keeps a lot of the soft tissue chin pad intact and, equally importantly, prevents cutting many small terminal mental nerve branches that extend more medially that is often appreciated.

While some surgeons favor a lag screw fixation technique the problem with its use is that it is limiting in terms of controlling precise dimensional bone changes. In small horizontal bone movement with no significant vertical change it can work just fine. But many bony genioplasties that I do involve significant horizontal and/or vertical changes. Not to mention T-shaped narrowing genioplasties which are inherently more unstable. Plate fixation is more versatile in terms of control of more complex chin bone positioning.