Five Things You May Not Know About Botox

« The Challenges of Teenage Plastic Surgery
Implants for Thigh Augmentation » 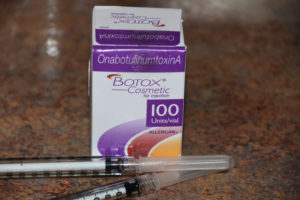 Botox is the trade name of the first commercially available preparation of botulinum toxin A (BTN-A). It is the miracle drug in aesthetic medicine, plastic surgery and neurology. Botox is so popular in aesthetic medicine because it predictably works each and every time. It is a medication in the real pharmacological sense of the word. Like a blood pressure pill which lowers the blood pressure if taken as directed by the doctor, Botox decreases facial wrinkling if injected correctly by an experienced practitioner. Like any other medication, Botox has to be reapplied at certain intervals to maintain its anti-aging and facial rejuvenation effects.

Botulinum toxin A (BTN-A), the pharmacologically active substance in Botox, is a very potent neurotoxin. It is naturally produced by spores of the bacterium Clostridium botulinum and results in severe poisoning if ingested in high doses. Clostridium botulinum produces a range of neurotoxins, which were named very creatively Botulinum Toxin A to F. They bind to the junction of the nerve endings with muscle fibers and prevent those nerve endings from secreting the neurotransmitter acetylcholine in response to electrical impulses. Without acetylcholine the muscle fiber at the downstream end of the junction does not contract.

Botox Is Both A Poison And A Cure. Swiss physician Paracelsus in the 1500s stated that the main difference between poison and medication is the dose. This statement is no better illustrated than in the use of Botox. When used in minute doses as a Botox preparation and injected directly into the relatively small target muscles in the face then activity of those muscles and formation of wrinkles at right angles to the course of the muscle fibers are reduced without any systemic toxicity. How different is the dose between the treatment of wrinkles and systemic toxicity? Try the difference between 20 units and 35,000 units.

The Use Of Botox Is Not New. It has been used since 1989 to treat painful spasticity in the context of various neurological diseases. One of the first applications in the face was in the treatment of spasticity of the eyelids, so-called blepharospasm, which subsequently led to its use for facial wrinkles. Use of Botox for cosmetic purposes was not approved by the FDA for the longest time, although large quantities were used off label for wrinkles since the early 1990s. Only in 2002 was it officially approved for treatment of forehead wrinkles and glabellar wrinkles and frown lines. Although used to treat the small radial wrinkles around the eyes, the so called crow’s feet, for decades, it was not formally FDA-approved until much later in 2013.

Botox Wears Off By Nerve Sprouting. Why does the effect of Botox not last indefinitely? The reduced but still present activity of muscle fibers represents a stimulus for the sprouting of new nerve endings secreting acetylcholine without impediment of previously applied Botox. Thus the activity of muscle fibers is again increased. This process takes three to four months on a molecular level. One can picture it like a potato forming sprouts if left in darkened storage. Additionally, nerve endings replace the entire blocked mechanism of acetylcholine secretion.

Botox Is No Longer Alone. Botox was originally manufactured by the US company Allergan under the trademark Botox and marketed worldwide. Until fairly recently, Allergan owned a patent which conferred a monopoly on the market. The latter was lost when alternative preparations of botulinum toxin were approved in the form of Dysport and Xeomin. From a patient perspective and clinical effectiveness standpoint, there is hardly any difference between them. They differ mainly in their pharmaceutical preparation, dose equivalents, necessity of an intact cooling chain, and activity after reconstitution, all concerns for the manufacturers and injectors but not things patients need to worry about.

The Applications for Botox Continue To Grow. Being a true miracle drug, the areas of application for Botox are far from over. One of the milestones in the Botox success story was undoubtedly the recent approval of Botox in the treatment of migraine headaches, which are caused by certain hyperactive muscle of the face which compress sensory nerves running through them causing a migraine.