Fixation of the Anterior Osteotomy in Cheekbone Reduction Surgery 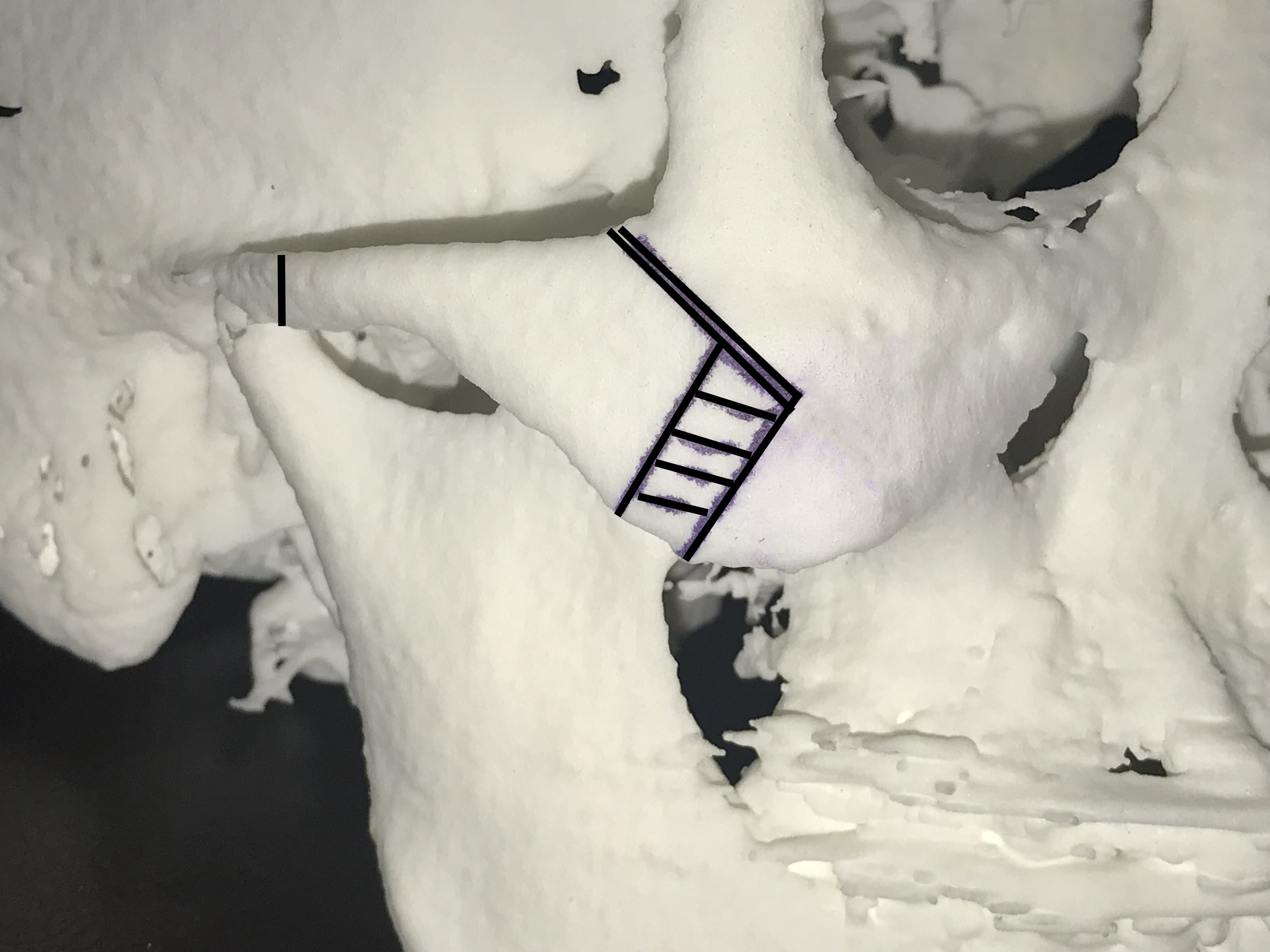 Cheekbone reduction surgery is indicated when excessive midfacial width desires to be reduced. It is a well known surgery that is done by cutting through the main body of the zygoma anteriorly and the thinner end of the zygomatic arch posteriorly. Plate and screw fixation is the best way to secure the inwardly repositioned posterior zygomatic body-arch complex as resistance to inferior displacement is important. While non-unions are not common in facial bone healing, inferior displacement is one cause of cheek sagging…the most common aesthetic sequelae of cheekbone reduction surgery.

In the September 2019 issue of the Journal of Craniofacial Surgery, an article was published entitled ‘Optimal Fixation Location in Intraoral Reduction Malarplasty Using an L-Shaped Osteotomy’. In this paper the authors performed an experimental study in skull replicates to determine the optimal location of place and screw fixation of the intraoral anterior osteotomy of cheekbone reduction surgery. Using one point in the cheekbone posterior to the osteotomy cut and three different points in the cheekbone anterior to the osteotomy cut, traction tests were performed to determine their resistance to displacement. The thickness of the maxillary bone was also measured at each level of the anterior fixation points.

Their results showed that the resistance to traction increased the higher the fixation was applied to the medial cheekbone. Correspondingly the maxillary bone was thicker the closer the bone was to lateral orbital rim. These experimental study results showed that the most stable point of fixation in the anterior cheekbone reduction is at the highest point that it can be applied.

Intraoral access is used to perform the anterior cheekbone osteotomy as well as apply the fixation plate. Because of the angle of access through the mouth, getting the plate screwed into position on the mobilized posterior segment can really only be done in about one place. Because the anterior fixed bone segment is a bit closer to the mouth opening there are more options for plate and screw application.

This article demonstrates that anatomically the bone is thicker the higher up one goes on the malar-maxillary junction. Such bone thickness would allow for better screw engagement. But the amount of engagement of the screws into the bone, while always very important for fixation stability, is not the only reason to get the anterior plate ‘high’. It is also a good strategy to make sure the bone is positioned up as high as possible to protect against cheek sagging.