The use of cartilage grafts in the nose is common and is the most frequently used tissue graft in the nose. This is not surprising given that 2/3s of the nose is made up of cartilage. Harvesting adequate cartilage for use in rhinoplasty can be done from a variety of sites from the septum, ear or ribs. Donor quantity is not usually a problem but getting a good graft shape for its nasal purpose is often the challenge. 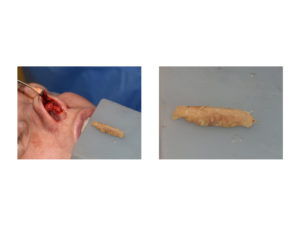 Cartilages grafts in the nose have several basic structural demands. Most commonly they need to be straight with some rigidity such as in use as a columellar strut, alar batten grafts etc. The most demanding structural requirement in the nose for cartilage is in dorsal augmentation. Not only is the most graft volume needed for this use but it must be straight and not change shape after surgery.  Rib grafts often are ideal in volume for dorsal augmentation but such grafts are rarely straight and are prone to postoperative warping. This has led to their use as a diced cartilage construct, usually wrapped in fascia or Surgicel as a containment method.

In the September 2017 issue of the journal Plastic and Reconstructive Surgery an article entitled ‘Free Diced Cartilage: A New Application of Diced Cartilage Grafts in Primary and Secondary Rhinoplasty’. In this paper the authors looked at the use of free (injectable) diced cartilage grafts to augment the nasal dorsum in 446 patients over a one year period. In the majority of the patients (73%) free diced cartilage was the only dorsal augmentation method used. In the remainder of the patients it was either combined with fascial wraps or done exclusively with fascial wrapping of the grafts. The study period was under one year (average 7 months). Revision rates for dorsal irregularities were 25% collectively with the free diced grafts along having a 5% revision rate. 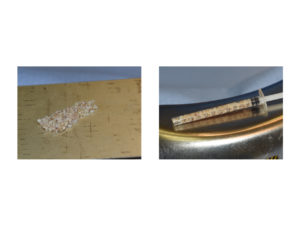 Having used diced cartilage for years for variety of dorsal augmentations, it is not surprising that others have engaged in its use. This is the largest series to date with revision rates as a non-wrapped graft construct that would rival any solid cartilage graft used in rhinoplasty. There is always the concern of how smooth the dorsal augmentation would be and whether some graft resorption would occur. The contour irregularities are the reason for the revisions which may be a reflection of either uneven graft settling or some resorption.