I get a lot of inquiries regarding the use of hydroxyapatite(HA) for facial augmentation. Some requests are for whether it will work for their facial augmentation needs. Others are with concerns about indwelling HA materials at various craniofacial implantation sites. Depending upon what you read and whom has written it, the advisability and safety of HA facial augmentation can be positive or negative.To provide some clarity to the use of HA, I have written the following brief review on the topic.

It is important to realize that the term, hydroxyapatite, is really a generic one. There are many different forms of synthetic HA based on its porosity, density and how it is processed. Because it can be made fairly inexpensively there are many manufacturers around the world. Their similarities and differences are impossible to know from a surgeon and patient standpoint. Thus it would be presumptous to assume they all behave the same biologically or are even equally safe. 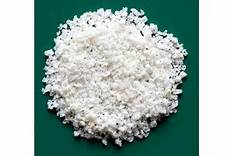 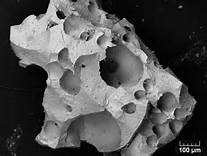 For facial augmentation, hydroxyapatite granules are what is commonly used. Their ability to be introduced by an open syringe injection method and molded into place intraoperatively has considerable merit. Hydroxyapatite granules can be non-porous (dense) or porous. There are many different porosities of HA granules that are usually measured in microns such as ultrasmall porosity (10-50 µm where even capillaries have a hard time getting in), small porosity (50-150 µm which is amenable to both blood vessel and bone ingrowth) and medium to large porosities. (100-300 µm and 500-1000 µm) It is not known which porosity is more advantageous, if any, for onlay facial augmentation use. It is generally believed that porous HA granules in the range of 50 to 150 µm are ideal from a biologic perspective although no comparative clinical studies have ever been done.

There is extensive clinical evidence that hydroxyapatite granules are very safe, well tolerated and exhibit substantial bony ingrowth/overgrowth. I have seen and treated many HA granule facial augmentation patients and have seen their results both preoperatively by 3D CT scan and intraoperatively for removal/adjustment. I have always been impressed by the bony growth in and around the granules. Inflammatory reactions and bone destruction/degradation have never been observed. 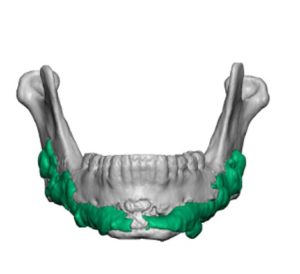 But what I have also been impressed with is their general lack of smoothness and very lumpy appearance. They create a bone surface that is anything but a smooth and regular contour. Whether this is due to the irregularity of the bone ingrowth into the granules or that the laying down of the granules occurs in a lumpy fashion is speculative. I would say it is both but the biggest culprit is probably that it is virtually impossible to have it placed in a smooth and lump-free fashion. There is no linear flow to a HA granule injection placement. Thus it is assured that it can not be deposited on the bone’s surface as smoothly as that of a hyaluronic-based injectable filler for soft tissue augmentation for example.

In conclusion I like hydroxyapatite granules for onlay facial augmentation for its safety, effectiveness and method of application. But its aesthetic effects are often problematic and severely limits its use. For small craniofacial augmentation sites it has a role but patient selection is critical. It works best when it is not asked to do too much.