Improving the size and shape of the lips is a frequent cosmetic request and a very commonly performed aesthetic procedure done in the office. While the vast majority of lip enhancements are done by injectable fillers, and most patients are only aware of this approach, there are other less common but equally effective options. 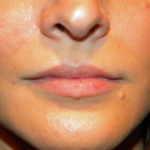 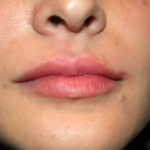 Injectable fillers are the most common lip enhancement method and the hyalurons such as Restylane and Juvaderm are usually used. The longevity of hyaluron fillers, while touted differently amongst manufacturers, is in the range of 4 to 6 months. While longer-lasting injectable fillers exist, such as Radiesse and Aretfill, these contain particles which may be prone to lumpiness and foreign-body reactions. Because of their predictability and safety, with very few complications, hyaluron lip enhancement is the current gold standard.

There other other types of non-injectable lip fillers. Over the years, many collagen-based implants have been tried, such as Alloderm and Fascian. Unfortunately, while conceptually appealing, their longevity has not been shown to be any greater than the hyaluron fillers. But they are more expensive and cause much more lip trauma to place. As a result, they have fallen into disuse.

Despite the frequent touting of your own fat as an injectable filler, and reports of great longevity and possible permanency, most plastic surgeons have not had that experience. Fat in the lip is simply unpredictable. I will still use it…..when I am performing other procedures in the operating room where the use of fat is ‘easier’ than in the office and there is little to lose by doing so. I suspect that repeat fat injections over time do consistently work but that is fairly traumatic for a patient to go through.

Permanent lip augmentation can be done by synthetic implants known as Permalip. These very soft silicone implants are threaded into the lips, corner to corner, by a metal trocar under local anesthesia. They are non-resorbable, fairly soft, and the volume added is permanent. They can definitely be felt in the lips but I have not had a patient yet who has reported that as a problem. I use Permalip when the patient is ‘qualified’, meaning they have tried injectable fillers first and want to move on to something permanent.

More surgical lip enhancement is known as vermilion advancements or subnasal lip lifts. While these are highly effective are making the lip bigger, they have a trade-off of permanent scars. A patient must be very willing to make this trade-off and accepting of fine-line scars. I use these in patients that have very thin lips and a very flat cupid’s bow and have ‘failed’ lip enhancement by fillers. (meaning it does not look good or do what the patient expected. Lip lifts are often most effective in the older patient whose lips (which were not big to start with) have shrunken with age.

As you can see, lip enhancement has lots of options. All work well at achieving larger lips….but not every enhancement procedure is for every patient.