Liposuction and the Fat Homeostasis Theory

« Plastic Surgery’s Did You Know? The Anatomy of a Rhinoplasty
The Emerging Popularity of the Mommy Makeover » 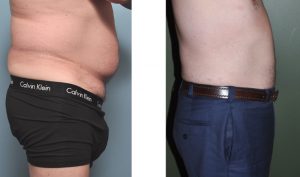 One of the most common questions that patients ask these days in regards to liposuction is…will I gain weight elsewhere after this fat is removed? The basis of this question comes from one study published last year which showed some fat growth in the back and arms after abdominal liposuction in a small number of women who were measured up to one year after their surgery.

This was the first study that added some supportive evidence to the fat homeostasis theory. The hypothesis is that if you remove fat from one area of the body, fat will accumulate elsewhere in an effort to maintain a certain level of fat throughout the body. This hypothesis is far from being proven with absolute scientific certainty. But it has a certain amount of urban belief, perhaps to explain why some liposuction patients do not maintain their results.

An additional study to provide some further support to the fat homeostasis theory was recently published in the July 2012 issue of the Journal of Clinical Endocrinology and Metabolism. In this study, over thirty women who had abdominal liposuction were studied and were divided into two groups after surgery. One group was given a 4 month exercise program that began two months after surgery. The other group did not participate in exercise activities.The study found that liposuction effectively reduced extra-abdominal fat but after six months the non-exercise group showed a 10% increase in intra-abdominal fat. Conversely, the exercise group was able to effectively counter this increase in intra-abdominal fat so that it was not observed to develop. 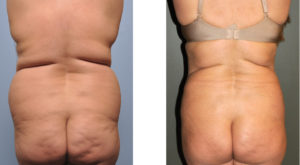 This study concludes that abdominal liposuction may cause an increase of fat inside the abdomen as a compensatory response. But regular exercise can overcome this fat ‘reaccumulation.’ Does this prove that the body does have a thermostat for a certain amount of fat for each individual? Of that I don’t know. But what it shows is that the best protection of any patient’s investment in abdominal liposuction is to maintain a healthy diet and exercise regularly afterwards. Abdominal liposuction results will last only as long as one ensures that they do. Not changing your lifestyle habits after surgery will eventually bring a patient back to their presurgery state in many cases.

It is important to point out that this study and others has focused on the effects of abdominal liposuction, one of the main depot sites for fat accumulation in the body, What happens here should not be confused, in my opinion, with what may happen with liposuction to the thighs, knees, arms or knee. These are extremity sites with usually smaller amounts of fat in which its role is not the same as that of the abdomen. These are not primary depot sites. So changing/reducing them may not be associated with compensatory changes elsewhere. And areas of fat return are much less likely.