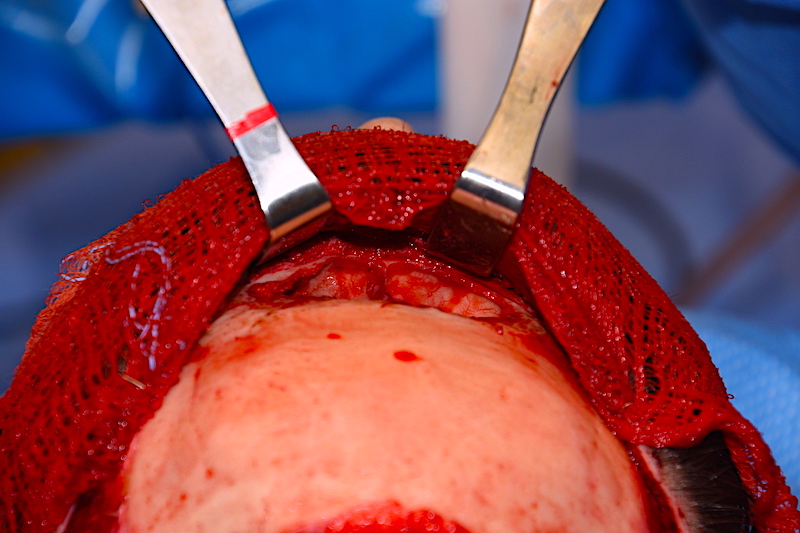 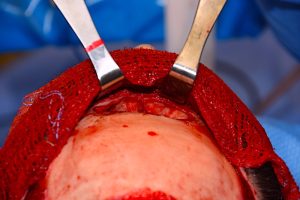 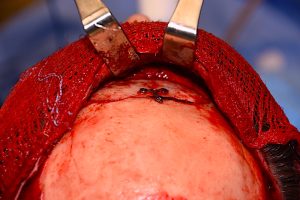 In the September 2021 Online issue of the Facial Plastic Surgery and Medicine journal an article on this topic was published entitled ‘Frontal Bone Cranioplasty for Facial Feminization: Long-Term Follow-Up of Postoperative Sinonasal Symptoms‘. In this paper the authors sought to determine if such surgery causes subsequent sinus obstruction/infections or headache symptoms. A retrospective review over an eight (8) year period was done on forehead contouring patients who underwent either brow bone burring reduction (frontal sinus mucosal preservation) vs a bone flap setback (frontal sinus mucosal violation ) procedures. The outcomes were assessed by surveys using the Sinonasal Outcome Test and whether sinus and headaches symptoms occurred after surgery. (if they did not exist beforehand)

Each patient group had at least two years between the procedure and responding to the survey. The postoperative Sinonasal Outcome Test scores were not significantly different between the two groups. Sinus and headache occurrence symptoms were not different whether the frontal sinus was violated or not or between a control group of nonrhinosinusitis patients.

As is supported with widespread clinical experiences in brow bone reduction surgery,  decreasing the size of the frontal sinuses by bone flap setback does not lead to long-term sinus-related symptoms. Given that the mucosa of the sinus is not removed and the patency of the frontonasal duct is not altered in any way from the surgery it is not surprising that the sinus still functions well. So despite the fact that one develops a a frontal sinus of a certain size it is not fully needed for the sinus to function.