There numerous non-invasive body contouring devices in use today that exert their effects using different energy forms. One such popular device is that of Vanquish. Delivering selective radiofrequency energy through external panels that have no contact with the patient’s skin surface, fat reduction can be achieved within a few centimeters of the skin’s surface. This beneficial contouring effect has been repeatedly demonstrated in numerous studies. An interesting question  is whether such effects are maintained over time. 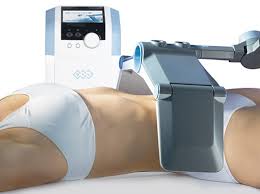 In a 2014 issue of the Journal of Drugs and Dermatology, an article was originally published entitled ‘Selective Radiofrequency Therapy as a Non-Invasive Approach for Contactless Body Contouring and Circumferential Reduction‘. In this study, the effectiveness of selective radiofrequency (RF) was evaluated for non-invasive fat and circumferential reduction of the abdomen. Thirty-five patients that completed the study were treated for four sessions of thirty minutes each. Thirty-two patients had a 1 to 13 cm decrease in abdominal circumference while three patients did not show a significant response (0-1 cm).  The average decrease of almost five cms.

Long-term data (four years +/- 60 days) from this original paper was just released by the manufacturer. In their data release patients preserved an average of 75% of their original body contouring effect as measured by abdominal circumferential reduction measurements.

There are a lot of variables in how and whether patients maintain their weight after any fat reduction/body contouring procedure. This is exquisitely well known in liposuction surgery with any long-term study that has been performed over its four decades of clinical use in the U.S.. But it is nonetheless useful to know what some patient’s long-term results are from their treatments. These longer-term clinical results using the radiofrequency energy of Vanquish to treat fat shows sustained results and no evidence of any negative side effects.