Facial implants are a common and assured method of building out skeletally deficient areas such as the chin, cheeks, and jaw angles. While many are aware of these popular locations for esthetic facial enhancement, there are many more implant styles and locations than most envision. This is particularly true in the midfacial area.

The midface (between the lower eye sockets and the upper teeth)has the most complex external anatomical shape of any area on the craniofacial skeleton. From the prominences of the cheek bone to the concave surface of the pyriform aperture, no one single-shaped implant can be adapted to all of them. For this reason there are at least nine (9) different midfacial implant styles. 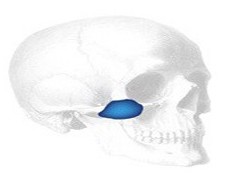 Cheek implants are the most commonly used midfacial implant. But there are four (4) different styles to choose from for the differing areas of esthetic deficiency on this bone. The standard cheek implant, also known as a malar implant, fits on top of the cheek bone and has a broad surface area that covers most of its surface area. The two (2) styles of this standard cheek implant differ in that the more extended version has a portion that goes up higher to make a smooth transition into the lateral orbital bone. For flat cheek bones, these implants styles will generally work well. 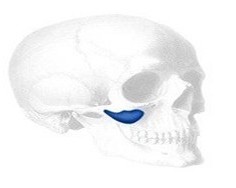 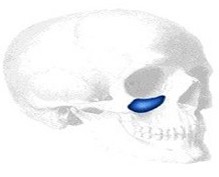 The tear trough midfacial implant is a specialized lower orbital rim (eye socket) implant. It augments the depressed suborbital groove that some people have naturally or develops from aging and tissue atrophy. This groove runs between the inside of the eye across the lower orbital rim often ending below the cheek. While some use fat injections for augmentation of this area, a carefully placed tear trough implant provides permanency to this contour problem. 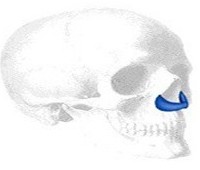 The pyriform aperture implant fits along the bone which forms the side rim of the nasal cavity. It is designed to build out the base of the nose where the side of the nostril meets the lower cheek tissues. I have most commonly used this implant in secondary cleft surgery to build out the deficient bone area where the cleft went through. While bone grafts are commonly used for this problem, the pyriform aperture may still remain depressed even with a well done bone graft.

The premaxillary or peri-pyriform implant builds out the entire base of the nose from one side of the pyriform aperture to the other. This includes anterior nasal spine area as well. For very flat midfaces, this implant can really help provide augmentation to the nose and upper lip.

The nasolabial or melo-labial groove implant fits onto the bone to the side of the nose and helps soften or build-out the very deep nasolabial fold or groove. Rather than using temporary injectable fillers placed beneath the skin, this implant placed on the underlying bone serves to provide the same push.

The Lefort or maxillary implant, the least common of all midfacial implants, is designed to be used during or after a LeFort I osteotomy. This implant would fit above the osteotomy line so that the midface would not look more deficient as the maxillary teeth come forward.

All midfacial implants, while being very different in shape and indication, share two common features. First, they are all placed from an incision inside the mouth so no skin incision is ever needed. Secondly, they are all best secured into position with a screw as their position is critical in getting the desired esthetic result.