With so many custom facial implant options it is not uncommon to perform multi-level implants during the same surgery. The most common combination in my experience is custom infraorbital-malar and jawline implants for a high cheekbone and jaw masculinization effect. Patients tolerate this combination facial implant surgery well and it usually takes about 10 to 14 days until the face looks acceptable enough to go out in public. 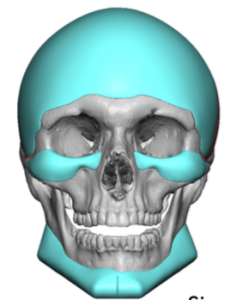 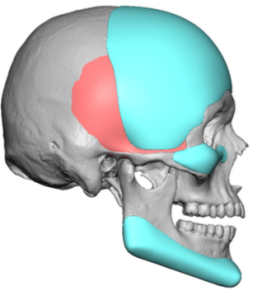 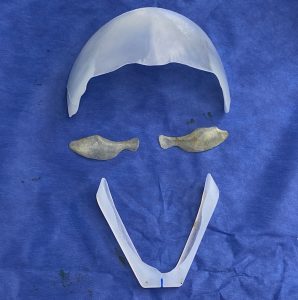 Less commonly a triple or three level custom facial implant surgery is requested and done. All facial thirds are augmented during the same surgery with custom forehead, IOM and jawline implants. The typical sequence is the IOM implants first, the forehead implant second and the jawline implant third. It is done in this order from most sterile to less sterile procedure. Going through the lower eyelid form the IOM implants is the most sterile. Going through the hair for the forehead implant is less sterile and the jawline implant uses some intraoral incisions do it is done last.

One important aspect of a three level facial augmentation procedure is that the swelling around the eyes is going to be more substantial than that of IOM implants alone. Gravity will pull down swelling and bruising into the upper and lower eyelids as well as the sclera of the eye. Scleral bruising is to be expected and can be quite shocking to patients if they are not prepared for it since they have never seen it before. As a result it usually takes about 3 weeks until one is presentable in public when most of the major swelling has resolved and the whites of the eyes are clear again.

To appreciate the facial changes that can occur with three custom implants it is helpful to compare the augmentation to injectable fillers  with 1cc = 1 syringe. In this case of three custom implants the forehead implant was 80cc, the IOM implants 6ccs and the jawline implant 27ccs. At the equivalent of 113 syringes of filler it is easy to see that the facial change will be substantial.