Options in Cheek and Midface Enhancement for the Aging Face

« Can Breast Implants Freeze?
The Emergence of Facial Feminization Surgery »

The one facial feature that is most associated with a youthful looking face is that of the cheeks. Firm uplifted and rounded cheeks are what is seen in younger people, flat deflated cheeks are usually seen as many people age. It is the loss of cheek volume that contributes to a tired looking and aged appearance. While browlifts and eyelid surgery for the upper face and neck and jawline lifts for the lower face have been around for decades, the intervening zone between the two has caught a lot more interest of late.

Cheek and midface rejuvenation  is the last facial region to receive a lot of attention from both surgical and non-surgical treatments. Numerous good options exist today including the use of synthetic implants , cheek lifts , fat injections and expanded uses of injectable fillers. While  each of these cheek enhancement treatments have their advocates and critics, it is important to realize that the controversy is more about indications and less about effectiveness.

One of the first treatments for midface rejuvenation was that of silicone cheek implants, specifically the submalar implant style.  By adding volume to the underside of the cheekbone, a subtle but visible lift of the midface was obtained through a combined voluminization and positional effect.  Restoring fullness to the ‘apple’ area of the cheek removes the midface flatness. The submalar cheek implant has now been expanded to incorporate more of the cheek area through a new style known as the malar shell.  The biggest benefit of using implants is that they create permanent volume but yet can be completely and easily reversed if needed. Any concern about implant stability or shifting is removed by screw fixation to the bone.  There is never any concern about implant settling/erosion in the cheek bones. Such facial implants have proven over the years to be very safe and effective when well placed with a very low risk of problems.

While cheek lifts (midface lifts) were the rage a decade ago for midface rejuvenation, they have fallen considerably out of favor. Beyond the complication risk of lower eyelid deformity (ectropion), the concept of lifting up fallen or sagging cheeks has not proven to be effective or sustainable alone over the long -term. Cheek lifts, as part of an extended blepharoplasty, still have a midface rejuvenation role but they need to be combined with the addition of volume through the concurrent insertion of cheek implants or with fat injections.

The real revolution in cheek enhancement has been through the use of injectable fillers. This has not only made it possible for a wide array of practititoners to engage in midfacial augmentation but the number of filler options is considerable. With injectable fillers, it is theoretical possible that just about every patient over 40 years of age could benefit by some degree of volume addition. Younger patients may only need a single syringe or less while older patients may need multiple syringes over broader areas.

The injection location for filler placement is based on an understanding of aesthetic cheek anatomy. A youthful cheek has a three-dimensional shape with the greatest projection producing a light reflex at the apex of the cheek. This point is often described by the intersection of lines drawn down from the lateral canthus of the eye to one drawn from the corner of the mouth to the tragus of the ear. But the injector must use an artistic assessment as to what looks best for each patient. 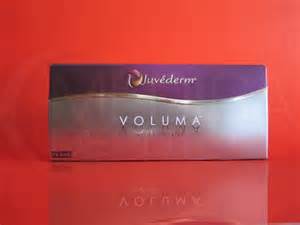 While many fillers exist for midface injection, the hyaluronic acid-based (HA) fillers are associated with the best safety profiles. The more robust HA fillers, such as Juvederm, works best as their higher G prime (stiffness) allows the cheek tissues to be lifted effectively with less volume than other fillers. A game changer in cheek fillers has been the introduction of Voluma late last year. As an extension of the HA product Juvederm, Voluma was specifically made and studied for the cheeks/midface. Its unique properties allow it to lift tissues effectively and it persists for over a year.

Fat injections has grown tremendously in popularity over the past decade and the cheeks is one of its prime targets in the face. It is a treatment option between injectable fillers and synthetic implants.  It offers a more less invasive option than implants but with the potential for a longer-lasting result than injectable fillers. The key variable in this equation is the unpredictability of how well injected fat survives. While the cheek is one of the most favorable areas for fat survival in the face, it is still wildly unpredictable. The appeal of its natural composition is counterbalanced by the risk of partial or complete resorption.

When factoring all the advantages and disadvantages of every cheek enhancement option,  it is a balance of the magnitude of the problem vs. how much effort one wants to invest in the treatment. For the younger patient with early facial aging concerns, injectable fillers are the best treatment unless they are having surgery for other aesthetic issues (e.g., rhinoplasty, breast augmentation, liposuction). Then fat injections would be worth the effort in the hope for a long lasting result. For the older patient with more moderate to more advanced midfacial aging, implants are the best treatment as other facial rejuvenation procedures are being simultaneously done. Fat injections are a good choice for those patients who are opposed to implants but they should not expect the same predictable volume result.