« Plastic Surgery’s Did You Know? The Roman Nose and Rhinoplasty
Case Study: Breast Augmentation In A 60 Year-Old Woman »

The neck, like the face, ages although it does so in a more simplistic fashion. With the neck it is only a matter of loss of the neck angle due to loose skin, fat accumulations and midline muscle separation. But with different degrees of neck aging at different times in life, the type of neck rejuvenation procedure that is needed changes. There are a variety of aesthetic neck procedures which include liposuction, submentoplasty, formal neck lifts (lower facelifts) and direct neck lifts. 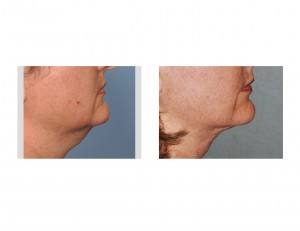 The reduction of neck fat by liposuction works best in younger people (under age 45 or so) who have good skin tone. One of the main principles of liposuction is that skin retraction is needed after fat removal to see its effects. However, in some older people with more loose neck skin that do not want a necklift, some good improvements can be seen with Smartlipo (laser liposuction) which does a good job with skin tightening. Liposuction in the neck must be aggressive (taking fat right off of the underside of the skin) to be most effective. 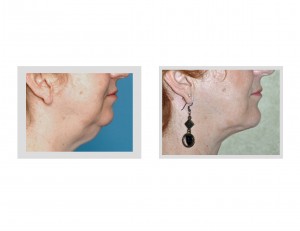 Submentoplasty is a less well known neck procedure for younger patients (under age 50 or so) that have both excessive neck fat and a loose or separated platysma muscle. Done through a submental incision under the chin, neck fat (above and below the platysma muscle) is done (by liposuction as well as direct fat excision) as well as muscle tightening/plication is done to create a more defined neck angle result. It can be a hard decision to determine who is best served by liposuction alone or whether the platysma muscle should be tightened after subplatysmal fat is removed by direct excision. 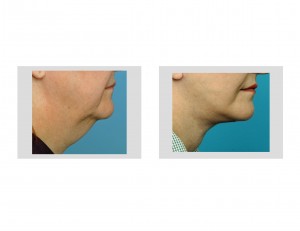 The lower facelift or necklift, in the traditional sense, is for patients with more advanced loose neck skin/neck wattles/ turkeynecks (generally age 55 and older)  who need substantial neck skin tightening and resuspension. Most people aren’t that a ‘facelift’ is really a neck-jowl lift or a necklift. These are often interchangeable terms. But the concept of a facelift has changed…from the development and marketing of a limited jowl lift to a full blown extended facelift. Thus facelifts today can now be from as early as age 40 to any advanced age. 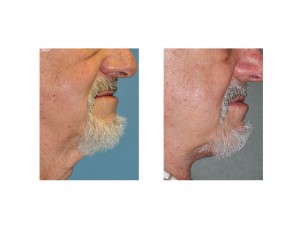 The most uncommonly performed neck rejuvenation procedure, a direct necklift, is done almost exclusively in older men . (65 years or older) Many older men do not want a formal facelift/necklift for either recovery or hairline concerns. It involves a direct excision of neck skin and fat as well as muscle tightening with the tradeoff of a midline scar. (which usually does quite well in the beard skin of men) Because of scar concerns, direct necklifts are not done in younger patients and rarely in even older women.