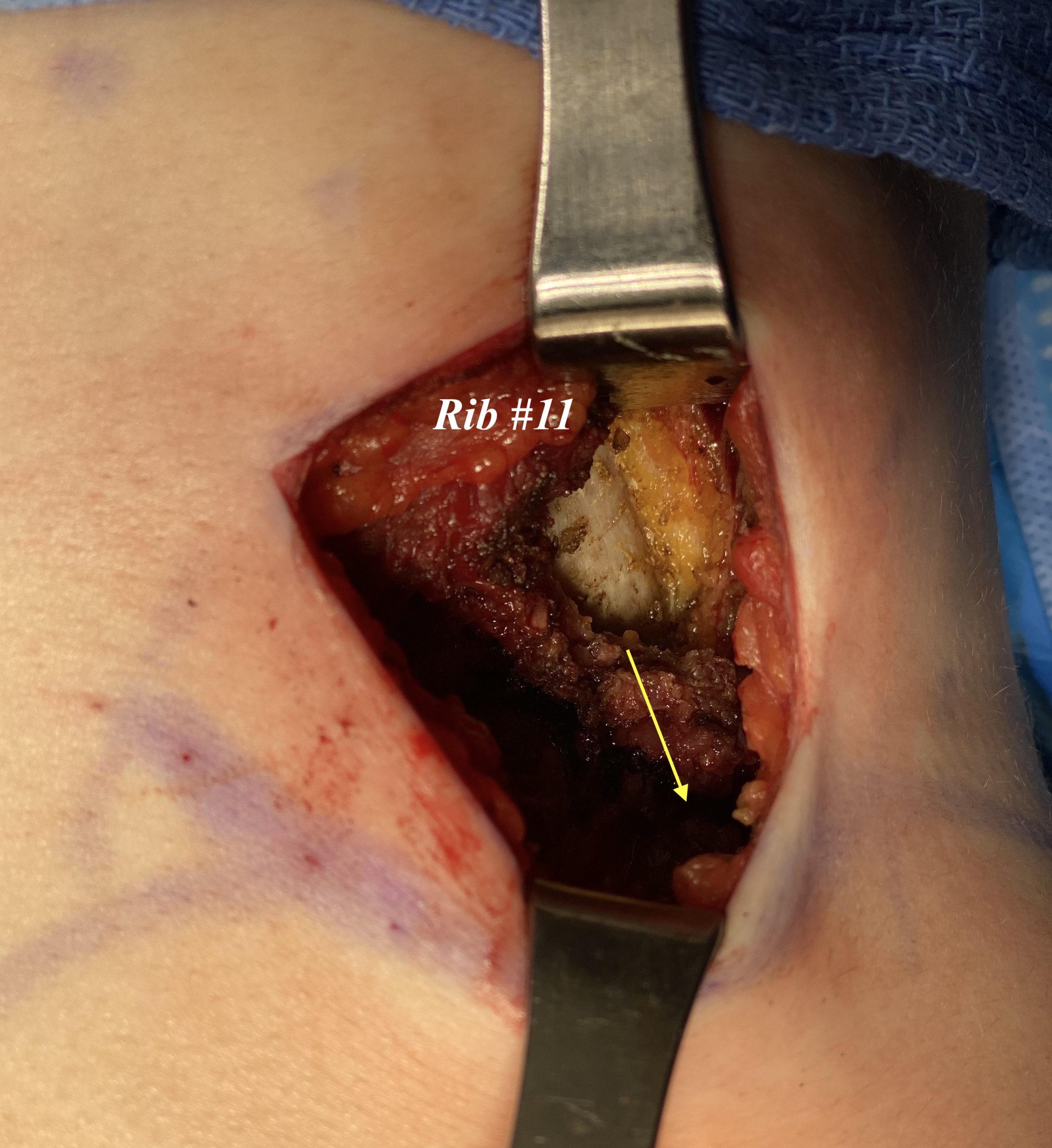 Rib removal surgery for aesthetic waistline reduction is based on the premise that the free floating ribs provide support to the lateral waistline. Thus removing them would allow the waistline to collapse/fall inward. This is conceptually true as any diagram, drawing or illustration of the lower end of the rib cage for ribs #11 and #12 show them flaring outward to the sides. Their usual degree of angulation from the spine is typically shown to be around 45 to 60 degrees. 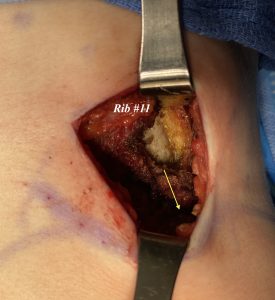 Despite this usual anatomic representation of the free floating ribs the one consistent finding that I have seen in every rib removal patient is that their angulation is much more downward. Rather than 45 or 60 degrees, they have a much greater downward direction from the spine. At the least they are 70 degrees downward and some seem even more. I have always been impressed with their downward angulation which is greater than one anticipates. While you can palpate the rib externally it does not usually give an indication of its degree of angulation except in very thin patients were the rib outlines may be able to be seen.

What is the anatomic significance of the angulation of the free floating ribs?  Does greater or lesser angulation mean a more likely or less likely result from their removal for waistline narrowing? In actuality the greater the downward angulation the enhanced effect it has on waistline support. More angulation means a lower position for the cartilaginous end of the rib where the musculoligamentous attachments occur. It is important to remember that the superior iliac crest is at the L4-L5 level. The umbilicus is at the L3-L4 level. The greater the rib angulation is the closer they become to the superior iliac crest. Since the main effect of waistline narrowing is the umbilical level of the lateral torso the downward angulation of the ribs placed them right at the level of the desired effects of the procedure.