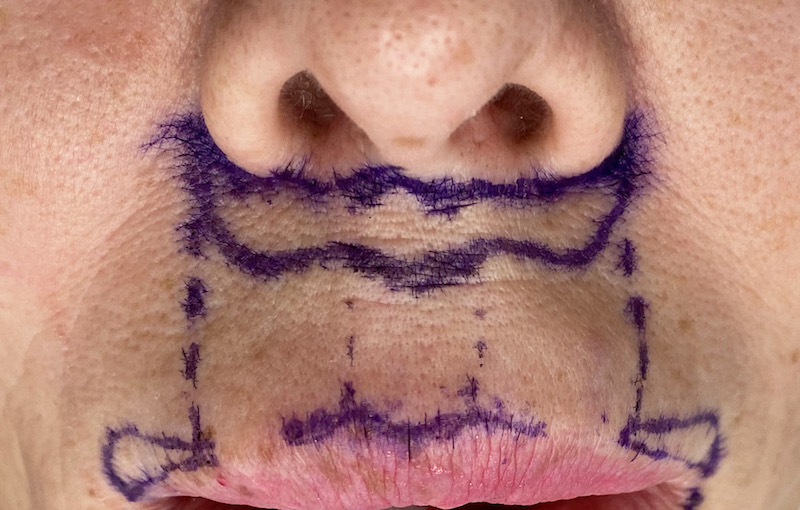 The long upper lip is seen as a sign of aging or facial disproportion. It is rarely perceived that a long upper lip is a flattering facial feature. Some people have a naturally longer lip, as judged by the distance between the nose and the cupid’s bow region of the lip, while others have seen it get longer as they have aged. While there are numbers for what a normal upper lip distance should along the philtral columns, all that really matters is how the person sees it.

The long upper lip is primarily a skin problem and thus any solution must focus on skin removal. The most popular method is the subnasal or bullhorn lip lift. This removes lip skin right under the nose so that the scar line is in the most inconspicuous location at the alar-lip interface. How much skin to remove can be debated but it is important to appreciate that this is an irreversible procedure…you can’t put the skin back. (actually you can but the skin graft appearance would look terrible)

What is the most overlooked aspect of the subnasal lip lift is that its effects do not extend as far as the mouth corners. The lateral ends of the upper lip are the least affected by the lift because its greatest effects are where the lip lies beneath the nostrils due to the vertical pull. Some surgeons claim they can create a lateral lip and/or corner lift by wrapping the excision and scar line completely around the nostrils. But this seems ill advised as the effect is minimal and the scar line becomes potentially more visible. 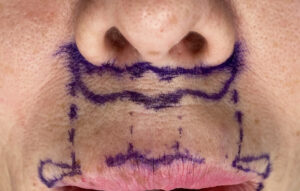 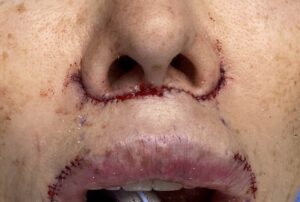 The far more effective approach, when the upper lip thins out before it reaches the mouth corners, is to add a lateral vermilion advancement with the subnasal lip lift. This provides a direct vertical lateral lip lift through vermilion relocation. The key is that it does not needs to extend past where the good effect of the subnasal lip lift ends, which is a vertical line dropped down from the lateral nostrils.

While that lateral vermilion advancement leaves a very fine line scar at the vermilion-cutaneous junction, that is really minimal with meticulous surgical technique. To determine if this is needed, beyond how much lateral vermilion is visible, the q-tip test can confirm it. By placing a q-tip up at the base of the columella and lifting the central upper lip up, see how the sides of the upper lip appear compared to the now larger cupid’s bow region.