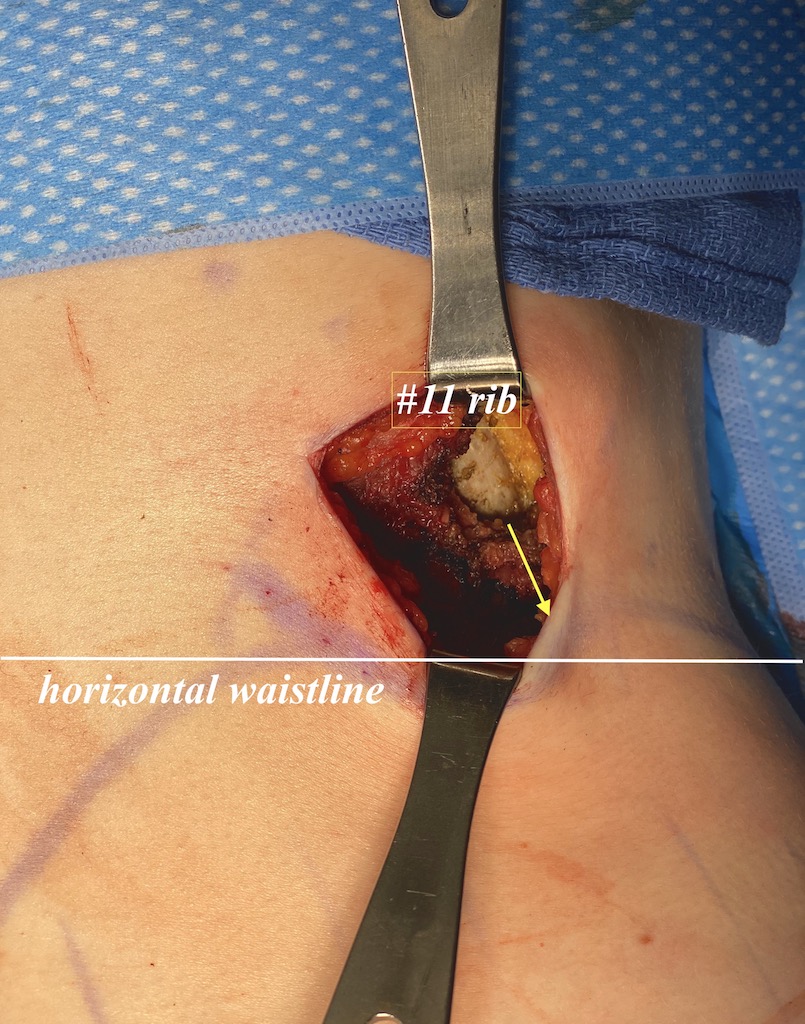 The lowest end of the rib cage is known as the floating ribs. (#s 11 and 12) A rib is defined as floating if its end is not attached to either another rib above it (like #10) or to the sternum. (like ribs # 6, 7 or 8) In rare cases rib #10 may also be floating rather than attached. Unlike the role of most of the ribs in respiration, the floating ribs are there for their source of musculoligamentous attachments and some amount of internal organ protection. (the back muscles play a major role as well in that regard) 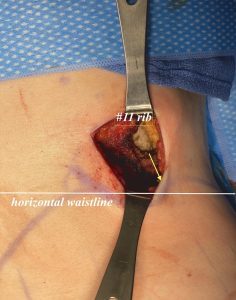 In waist narrowing surgery ribs #11 and 12 are removed as part of the procedure. (although other tissues are as well) One of the consistent and interesting observations about ribs 11 and 12 is their very downward angulation. This downward angulation is far greater than is typically shown in most anatomic diagrams and drawings. At the least it is 70 degrees from the horizontal body axis but is closer to 80 degrees in many patients in my observation.

In addition to not adequately showing the proper downward angulation of the floating ribs, most anatomic depictions fail to show how long they actually are. Many anatomic illustrations show ribs #11 and #12 as being much shorter than they actually are. They often fail to even reach the level of the umbilicus when they usually descend below it.

The length and downward angulation of the floating ribs indicates that their location at the waistline level. It also provides an anatomic basis for their removal in waistline narrowing surgery and why they do have an impact for decreasing lateral waistline support.