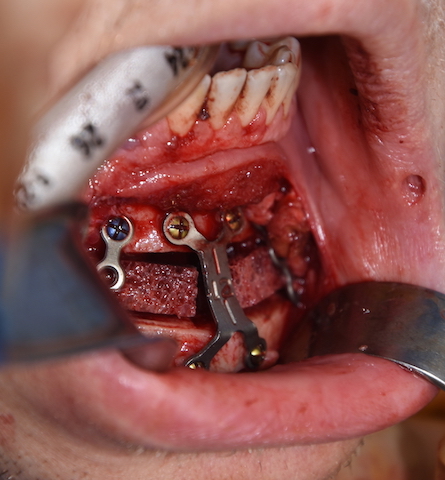 The most common chin deficiency is that of a horizontal recession. This is evidenced by the many chin implant styles of which almost all of them provide horizontal augmentation of various amounts. The second type of chin deficiency which is far less common is that in the vertical dimension. Vertical chin deficiencies may exist in combination with a horizontal deficiency or, more infrequently, in isolation. 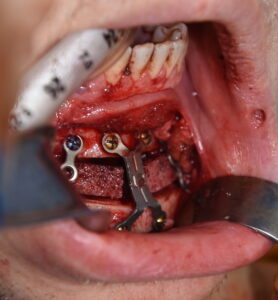 While standard chin implants can provide some modest vertical lengthening, as any horizontal augmentation rolls out the sot tissue chin pad a bit, they should never be considered a true vertical chin lengthening method. The historic and still extremely effective vertical chin lengthening procedure is an opening wedge bony genioplasty. By dropping down the chin bone and using an allogeneic interpositional bone graft with plate fixation, the chin can be lengthened 10 to 12mms.

The advantages of the vertically opening wedge genioplasty, besides being an autologous procedure, is that the soft tissue chin pad will follow the bone downward. This is assured because it retains its attachments to the bone on its inferior border. This is an advantage over a custom implant in which going beyond about 7 or 8mms in most patients can be a challenge for the soft tissue chin pad to reliably follow. 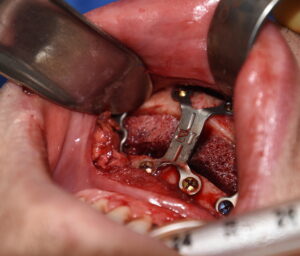 The key techniques for 1 cm or more of vertical chin lengthening by osteotomy is a block graft and three point fixation. The interpositional block graft provides some additional stability but most importantly enables more rapid and assured bone healing across the surgically created gap. Generally this gap heals completely in six months after surgery. (to which I can attest in performing second stage chin vertical lengthening of an additional 10mms for a total lengthening of 20mms) The central plate provides good stability but the sides of the down fractured bone can be a bit wobbly. Placing two smaller plates to the sides of the central one eliminates that instability.