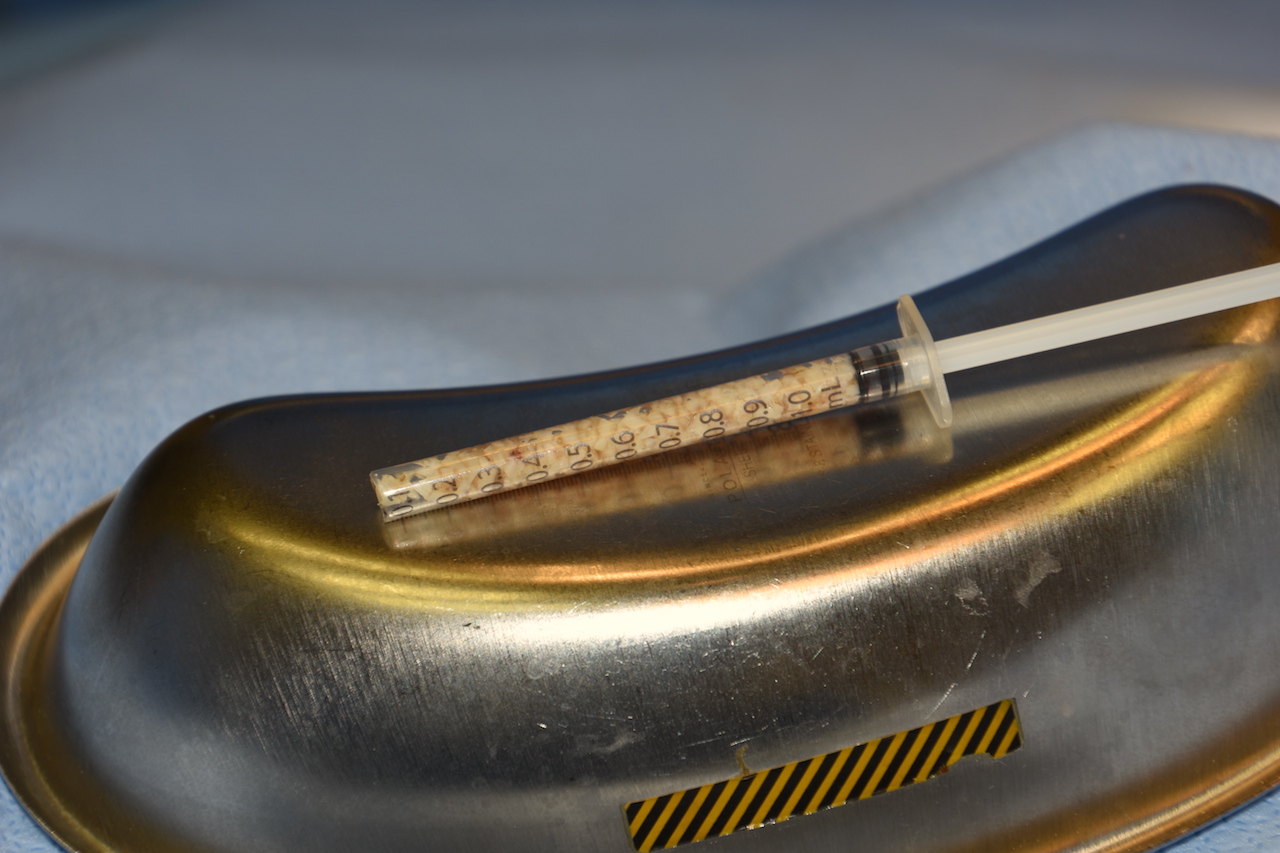 The most common site of midface augmentation (minus the nose) is the nasal base. While the nasal base is composed of a concave paranasal and a convex central premaxillary regions, it is the larger and bilateral paranasal concavities that are the most frequently requested for augmentation. Such paranasal augmentations have been done for decades and both implant (alloplastic) and graft (autologous) methods have been used. While some surgeons advocate one over the other the reality is that each technique has its own advantages and disadvantages. 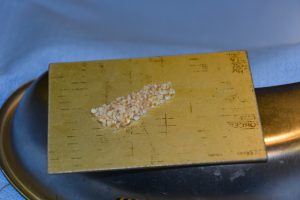 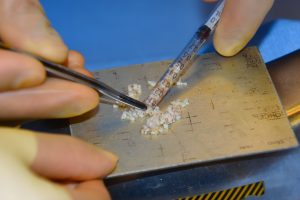 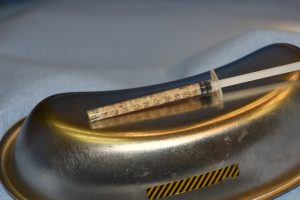 When using autologous rib cartilage, as have been learned from rhinoplasty surgery, the best way to avoid warping and contour irregularities is to dice the graft. With a particulated graft getting into the site and containing it there becomes an important technical step. Diced rib grafts can be delivered either by a wrapping material or a syringe. For paranasal augmentation the pocket direction is what will contain the graft and thus a syringe would be the best way to deliver it there.

In the September 20210 issue of the Aesthetic Plastic Surgery journal a paper on this topic was published entitled ‘Paranasal Augmentation Using Diced Costal Cartilage for Midfacial Concavity: A Retrospective Study of 68 Patients’. In this paper the authors retrospectively evaluated the results of nearly seventy patients (most of which were young females) who had paranasal midface augmentation used diced rib cartilage grafts. They were assessed by their satisfaction level, improvement in their degree of concavity improvement, symmetry of the alar bases and whether the grafts felt natural.

With an average followup of just over 6 months, 75% of the patients were satisfied with their results. Just under 20% of the patients reported no improvement in their concavity, alar base asymmetry occurred in 29% and the feeling if unnatural fullness occurred in 20%. Statistical analysis showed that patient satisfaction was more linked to the concavity improvement than whether alar base asymmetry or a foreign body sensation was present.

No infections were reported in this patient series while graft migration occurred in 20% of the patients and graft resorption in 3%.

Paranasal midface augmentation with autologous cartilage is a good surgical technique for the high motivated patient and I have used it many times. Dicing the cartilage is better than placing solid graft pieces and gives the best chance for the smoothest feel and contour. It also allows for a very rapid tissue integration and can still modified secondarily if needed.

But despite being an autologous material this paper highlights that it is not a perfect technique. Just because it is your own cartilage and it has good tissue ingrowth does not mean it is complication free. Your own cartilage can have its own adverse aesthetic outcomes from palpability, migration, resorption and an inadequate augmentation effect. The two factors that separate an implant vs an autologous paranasal augmentation is that the risk of infection is as close to zero as possible and there is no implant associated cost.