Aging may have more negative effects than just on one’s appearance. A recent study from the American Heart Association indicates that it may be a sign of heart disease as well. This is not heart disease that could occur in anyone if they simply live long enough but an indicator of a predisposition to heart problems. 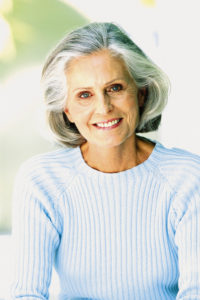 The study reports that those patients who had a number of visible signs of aging had increased rates of heart attacks and of developing heart disease. The markers of aging included hair loss with recession at the temples and baldness at the crown, skin creases in the earlobes and fatty deposits around the eyelids known as xanthelasmas. It is no surprise to me that xanthalasmas suggest an increased risk of heart disease given that they represent cholesterol deposits from elevated levels of lipids in the blood. They were also the strongest predictors of heart disease risk. Hair loss and earlobe creases are bit harder to make an obvious connection to heart disease.

What is impressive about this report and study is the large number of patients followed for a long period of time. In this Danish study, over 11,000 patients  age 40 years or older were studied for over 35 years beginning in 1976. These aging signs predicted heart attacks and disease independent of traditional risk factors such as elevated cholesterol levels, high blood pressure and smoking. Also the common aging signs of gray hair and skin wrinkles were ruled out as predictors of heart disease and are reflective of chronological aging but not a risky heart condition.

This study is of medical importance in that internists and family practitioners should look for these physical signs and consider lifestyle changes and lipid lower therapies for those patients who have them.  But these aging signs can also be treated directly through various common plastic surgery procedures. Hair transplantation is a well known treatment for temporal recession and loss of hair at the crown. Usually earlobe creases represent an excess of earlobe tissue and larger earlobes. These creases can be removed through a simple earlobe reduction done through a wedge resection technique. Xanthalasmas are a common condition that plastic surgeons see and are challenging in terms of removal. Usually appearing on the lower eyelids and cheek, they are often dozens of small yellow white plaques located just under the skin. Numerous techniques have been described but I find micro-excision (making a small slit and pushing out the plaque) to be most successful for larger ones.

While the numerous physical signs of aging can be improved or reduced by plastic surgery, this unfortunately does not reduce the risk of heart attacks and disease as well. Their outward appearance can be modified but the underlying genetic code can not be so favorably manipulated.